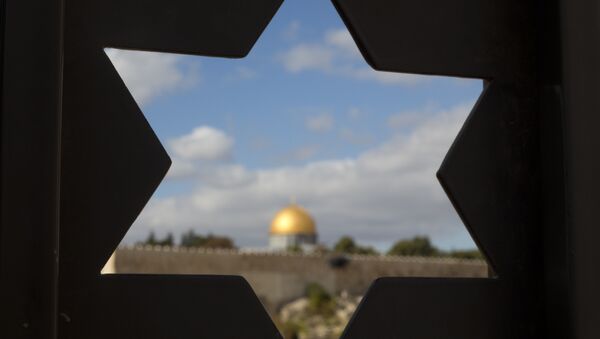 Elizabeth Blade
All materials
Mixed marriages between Jews and Arabs are already viewed as problematic in a country, where the Israeli-Palestinian conflict affects every aspect of daily life. And this is why Lehava, an organisation that aims to stop assimilation, helps those who've "lost their way".

In 2017, when Noy Shitrit, a young Jewish woman from southern Israel, converted to Islam and married an Arab Israeli, the story shocked many in the country.

The Israeli public doesn't normally view such unions in a positive light. The reason for this is the decades-long Israeli-Palestinian conflict, the spilled blood over the years, and mutual incitement. And this was also why the masses struggled to understand what could have pushed a Jewish woman into the arms of "an enemy".

But Anat Gopstein, whose husband was responsible for bringing Noy back into the fold, taking her away from a man who turned out to be an abusive partner, says she has some of the answers.

"Many of these girls [who end up converting] come from problematic backgrounds. Some are attracted to the attention he gives her, others are mesmerised by the presents he buys. These relationships always start with a 'wow' but they all end with problems".

Helping those women, "who have lost their way", was one of the reasons why in 2005, Anat together with her husband founded Lehava, an organisation that aims to put an end to Jewish assimilation in Israel.

Although many in Israel consider Lehava an alt-right movement that they accuse of incitement and even terror, Anat says "the hypocrisy of political games" will not stop her from carrying on with her activities.

Aside from helping converts find a way back to Judaism, the organisation is also known for helping youngsters from problematic backgrounds integrate into society. They also assist women who experienced physical or social abuse to return to a normal life.

Now, Anat claims she receives five requests for help a day. Some are coming from women, who converted and who want to find a way out. Others are submitted by families or acquaintances, who know about abusive relationships and want to assist them to end those problems.

"It's hard to give official numbers but we do know that the cases of conversion are on the rise. Simply because the assimilation process in Israel has been on the rise too".

Anat's words are backed up by statistics. In 2003, for example, official numbers suggested that only 40 Israeli Jews converted to Islam. But in 2006 that figure almost doubled, with the country registering 70 such cases. 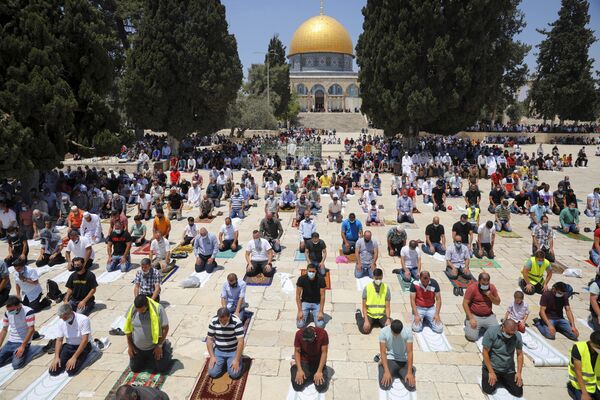 Muslim men keep social distancing to prevent the spread of coronavirus pandemic during Friday prayer, next to the Dome of the Rock Mosque in the Al Aqsa Mosque compound in Jerusalem's old city, Friday, July 10, 2020
© AP Photo / Mahmoud Illean

Since then, that tendency has continued to grow. Between 2005 and 2007, 250 Israelis officially converted to Islam, many of those were women.

"The way it works is that women end up converting because they get married to Muslim men, and it presents a problem for us because they are gentiles who take our women away from Judaism".

Jewish traditions, however, are less strict in this regard. According to Judaism, offspring from mixed marriages where the wife is Jewish will remain Jewish, but for Anat and the organisation she represents, the mere concept is still a problem.

"[Because they live with their Arab fathers] these kids will end up marrying Arabs when they grow up and that means they will eventually drop out from Judaism. But even if we set this aside, think of these children. They are born and raised by two conflicting societies, and very often they find themselves unwanted by either of them".

And this is also a factor driving Lehava to help those converts who want to return to the fold.

It is not clear how many people are employed by the rather controversial organisation, but according to some estimates, the movement has thousands of employees and volunteers. Only several dozen work for the specific purpose of helping women return to Judaism.

"We help them by talking and showing them a way out. Sometimes these girls need a flat to run to and hide in and we provide them with those. At other times, they need psychological help and we try to assist them. I am aware of the fact that our activity is deemed racist but that attitude won't deter us", Anat says.