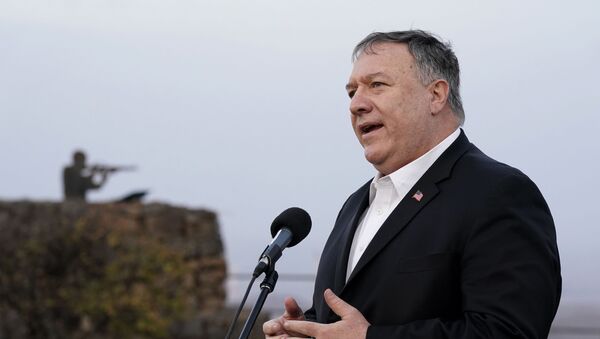 The top American diplomat is arriving in the state just weeks ahead of two Senate seat runoff races. As no candidate received a majority in the 3 November vote, people will go to the polls on 5 January to decide the balance of power in the upper chamber of the US Congress.

US Secretary of State Mike Pompeo is delivering a speech at the Georgia Institute of Technology in Atlanta. According to a notice from the State Department, the secretary of state will be addressing "the China challenge to US national security and academic freedom".

Pompeo is considered to be a proponent of a hard-line stance towards Beijing in the Trump administration. He has accused Chinese companies of espionage on multiple occasions and claimed that the country was conducting aggressive policies, while Beijing has slammed the diplomat for having a "cold war mentality".