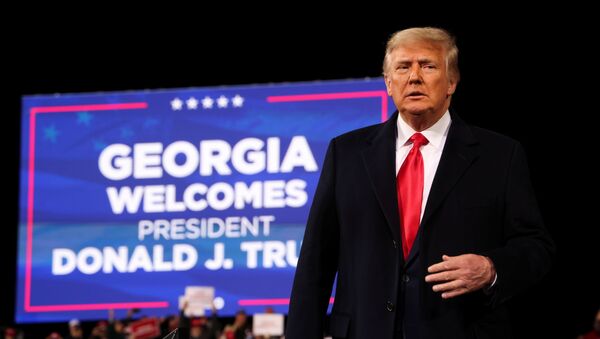 Donald Trump took to Twitter on Wednesday, pledging his team will be "intervening in the Texas case." "This is the big one. Our Country needs a victory!," Trump exclaimed.

We will be INTERVENING in the Texas (plus many other states) case. This is the big one. Our Country needs a victory!

"This was not my case as has been so incorrectly reported. The case that everyone has been waiting for is the State’s case with Texas and numerous others joining. It is very strong, ALL CRITERIA MET. How can you have a presidency when a vast majority think the election was RIGGED?" Trump queried in a follow-up tweet.

POTUS thereby referred to a lawsuit filed on Tuesday that seeks to block the states of Georgia, Michigan, Pennsylvania and Wisconsin from participating in the electoral college, as the Trump campaign proceeded to challenge the 3 November election results.

The lawsuit asserted that state officials abused the authority of their state legislatures when they put into practice election laws that allowed for mail-in voting. The laws stipulated a system in which the electorate was treated differently, with more favourable conditions granted to local governments led by Democrats, according to the filing. 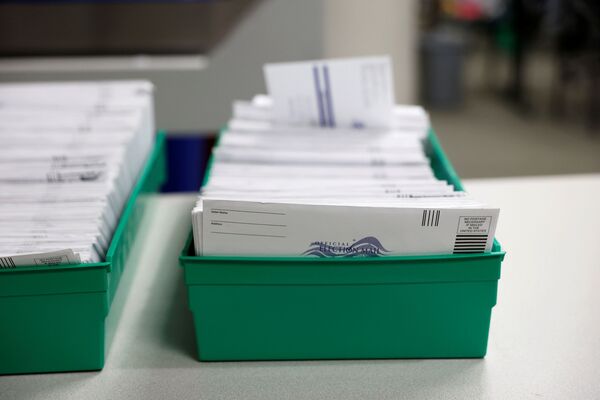 Paxton said the four battleground states had broken the law by instituting certain pandemic-induced changes to their election policies, whether “through executive fiat or friendly lawsuits, thereby weakening ballot integrity”. The latter practice, he went on, led to voter fraud occurring, adding that the Supreme Court should postpone the 14 December deadline by which states must appoint their presidential electors.

“That deadline, however, should not cement a potentially illegitimate election result in the middle of this storm,” attorneys for Texas wrote.

The US Supreme Court has since called on the afore-mentioned states to respond by Thursday, 10 December, to Ken Paxton's lawsuit, the filing suggests.

"Response to the motion for leave to file a bill of complaint and to the motion for a preliminary injunction and temporary restraining order or, alternatively, for stay and administrative stay requested, due Thursday, December 10, by 3 pm", the document from the court issued late on Tuesday read.

Officials in Georgia, one of the states named in the suit, where Secretary of State Brad Raffensperger recertified the state's election outcomes on Monday after a recount, moved to dismiss Paxton's allegations, as did leaders in the other three said states.

"The allegations in the lawsuit are false and irresponsible", Georgia's deputy secretary of state, Jordan Fuchs, said in a statement Tuesday. "Texas alleges that there are 80,000 forged signatures on absentee ballots in Georgia, but they don’t bring forward a single person who this happened to. That’s because it didn’t happen". 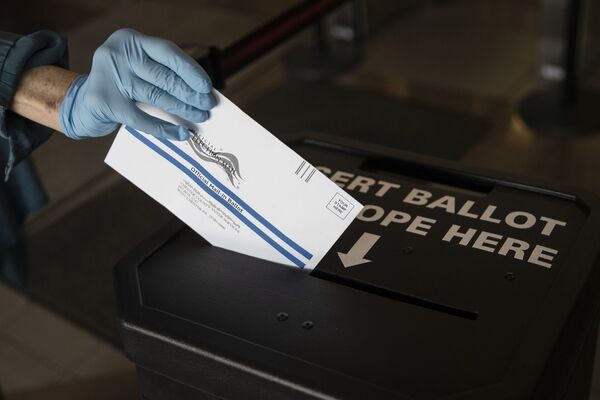 In this May 28, 2020, file photo a voter casts her mail-in ballot at in a drop box in West Chester, Pa., prior to the primary election. Just over four months before Election Day, President Donald Trump is escalating his efforts to delegitimize the upcoming presidential election
© AP Photo / Matt Rourke

US President Donald Trump has been arguing that widespread voter fraud took place since 3 November, the day of the election that he said was "rigged". POTUS hasn't yet formally conceded, going on to dispute the validity of the vote in courts. He noted, however, that he would "certainly" leave the Oval Office if the Electoral College certifies Biden as the president-elect on 14 December, having instructed White House officials to get ready for a transition of power.