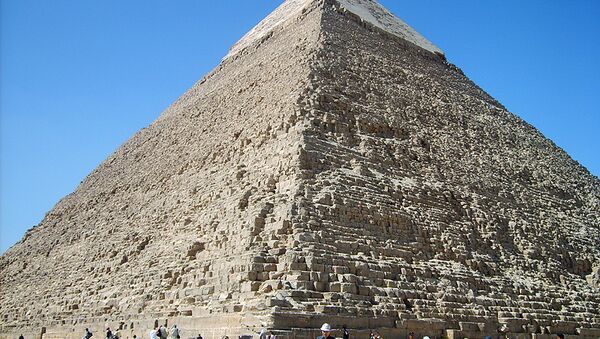 Lilia Dergacheva
All materialsWrite to the author
The landmark 4,500-year-old tomb places and traditionally visited tourist attractions in greater Cairo and beyond have piqued curiosities for a great many years, intriguing with both its exterior and inner chambers. Now, another mystery around the outer casing of the Giza Pyramids might have finally been solved.

Peter James, a structural engineer, who has been working to restore ancient monuments all around the world for many years, says he has uncovered the secret of why the ancient Egyptian pyramids' outer casing, including that of the Great Pyramid of Giza, eventually vanished, a new Express report has it.

When the famed structure on the Giza Plateau, the only remaining Wonder of the Ancient World, was built, it was believed to feature a layer of white "casing stones" – neatly arranged slant-faced flattened blocks of well-polished white limestone. Yet, it was said not to have survived to the present-day, with a massive earthquake having loosened many of its constituent parts. What was left behind was solely the underlying stepped core structure.

James, however, suggested in his new book titled "Saving the Pyramids: Twenty First Century Engineering and Egypt's Ancient Monuments" that an unexpected mistake might have occurred.

"The final failure of the magnificent structures could never have been predicted by the pharaoh or his team of builders", he wrote, suggesting that neither the pharaoh, King Khufu, who commissioned the landmark nor his builders would have been able to understand that after they "had spent so much time and effort on constructing these wonderful structures to the god Ra, their Sun god, he would have been the instrument to destroy the outer casing and undo all their good work".

To prove his poiint, James, who has spent the last 14 years working to preserve Egypt's historic sites, brought up the so-called Bent Pyramid, an ancient Egyptian building located at the royal necropolis of Dahshur, about 40 kilometres south of Cairo, erected under the Old Kingdom Pharaoh Sneferu. He revealed that the building from 2600 BC still boasts its original outer limestone casing, thanks to the peculiarities of its structure. 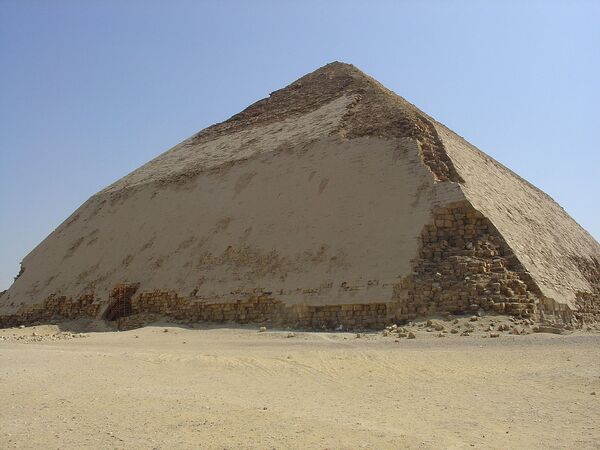 "All the missing cladding appears at interfaces or change of directions in the structure. In the case of the Bent Pyramid and, I believe, all the pyramids, the outer casing has been affected by thermal movement", James wrote, saying that while the Sun must have caused the blocks to move, the angle of the structure could have ultimately saved the building.

The engineer says that Sneferu's second pyramid is the only one to still have a whole suite of casing stones intact – "of the seven great pyramids in that area of the Old Kingdom – all the others have lost theirs", he went on. The reason behind it was that during the day, the Sun would expand the outer casing, attached to the pyramid's main body.

"Then, as it expanded the joints would open slightly and you would get sand, grit, and various other things inside. Then, at night, it would shrink and go back down again", he assumed.

The Newport-based Egyptologist detailed how the Bent Pyramid is not a one-piece structure, but rather "a pyramid on top of a trapezoid", with its unique angle and expansion that differs from all of the remaining structures, enabling it to survive intact.