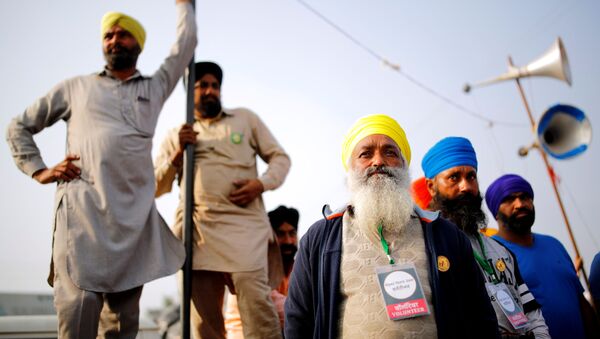 Advitya Bahl
All materialsWrite to the author
Over the past two weeks, Indian farmers have blocked roads leading from Uttar Pradesh and Haryana states into the nation's capital Delhi. The farmers are protesting against the recently passed farm laws that are touted as historic reforms by the government of Prime Minister Narendra Modi.

The protest around the Indian capital has entered its 13th day as farmers called for a nationwide shutdown to make their voices heard on Tuesday.

Bharat Bandh: How the Historic Farmer-Led Non-Cooperation Movement is Expected to Pan Out in India
Thousands of people, including supporters of more than a dozen political parties, have joined to lend support to the protesters, who are already stationed at the borders between Delhi and neighboring states.

Speaking to Sputnik, a protester from Delhi who joined the farmers at Singhu Border - one of the main protesting sites today - says she has left everything back home to take part in the demonstration.

"The famers are the ultimate doers of the country. It is because of them that every household is able to eat today. If [the people] do not support them, then I feel it will affect us and it's possible that we might not have anything to eat someday", Charamjeet Kaur told Sputnik.

Several farmer leaders say that they are getting a lot of support from across the country.

"We have been sitting here for the past 13 days and the government is not even listening to us. Almost every second day a farmer is dying but our fight won't stop. We will be here till the end," Dharshan Pal Singh, a farmer leader reveals. 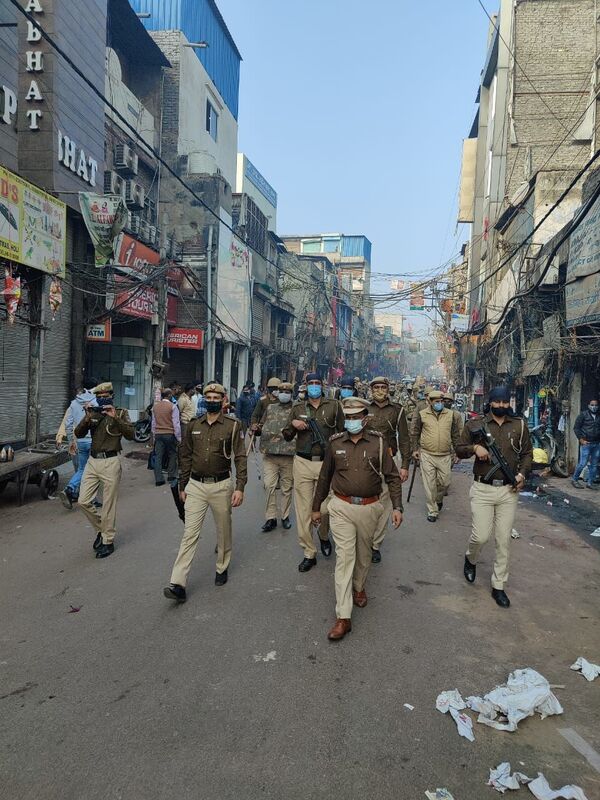 In a sarcastic jab at Narendra Modi, farmers thanked the Indian prime minister for uniting the nation against farm laws, referring to the people from other Indian states who have come in support of them.

"We are not scared of batons, tear gas or water cannons. The government can do whatever they can to break us but we will not back out. People of all age groups are here", Tarun Singh says. 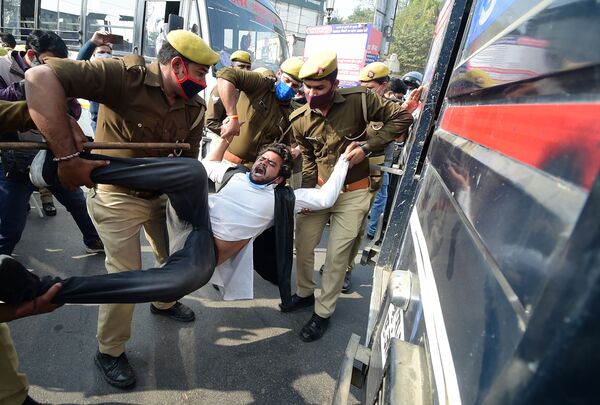 Policemen detain a student leader during a protest in support of the nationwide general strike called by farmers against the recent agricultural reforms in Allahabad on December 8, 2020
© AFP 2022 / SANJAY KANOJIA

He further mentioned that the recently passed laws are like "Galle Ka faanda" - Hindi for "a noose around the neck" - for them.

"This is a peak season for farmers of our states [Haryana and Punjab], and we are here, leaving our fields and protesting. Even in these adverse conditions PM Modi isn't listening to our demands. We didn't want the laws, they have been forced upon us. He will have to repeal them," Singh adds.

Another protester Biswajeet Charan says that when PM Modi once visited Punjab, he was honoured by locals with a turban, which is a mark of pride for the people of the state. "If the people didn't back down while honouring [Modi], we won't back out fighting against him," Charan says.

Despite several political parties joining the farmers, the demonstration had very little impact on trading across the country. India's largest traders association, The Confederation of All India Traders (CAIT), and the All India Transport Welfare Association (AITWA), the largest organisation of the transport sector has given a nationwide call to traders and transporters to keep open their business establishments.

Security Beefed Up Across the Country

Police officials of several states have taken out circular and traffic advisories for the general public and said strict action would be taken if people are forced to shut down their shop or business.

In order to maintain law and order in the capital, Delhi police have made adequate arrangements.

"Out of the 80,000 personnel maximum deployment has been made. Main focuses are markets, borders, Krishi Bhawan - the house of PM Modi," a senior Delhi police officer says.

He reveals that police are patrolling in all the areas while barricades have been erected to keep a check. 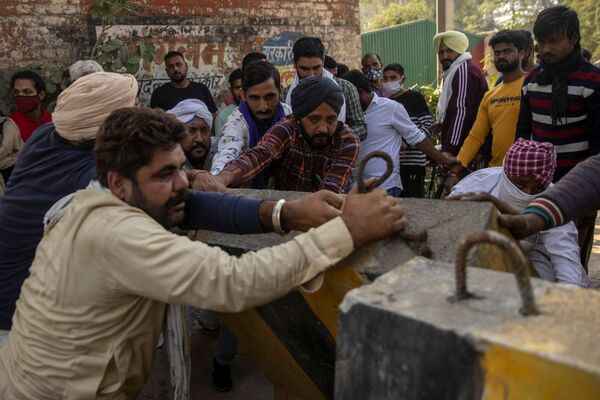 Apart from the state police, intelligence agencies have also been put on alert. The farmers are also set to meet the Home Minister later on Tuesday, and a meeting with government officials, including the agriculture minister, is scheduled for 9 December.

Battling Water Cannons & Tear Gas: Why Thousands of Indian Farmers are Protesting in Delhi
The laws allow farmers to sell their produce at places apart from their designated APMC market. They also aim to allow contract farming under which they can enter into supply agreements with private firms for remunerative and pre-arranged prices.

However, the farmers believe the new laws would pave the way for dismantling the minimum support price system (MSP), leaving them at the mercy of big corporations.