'It's About Integrity': UK Will Press Ahead With Brexit Internal Market Bill, Junior Minister Says 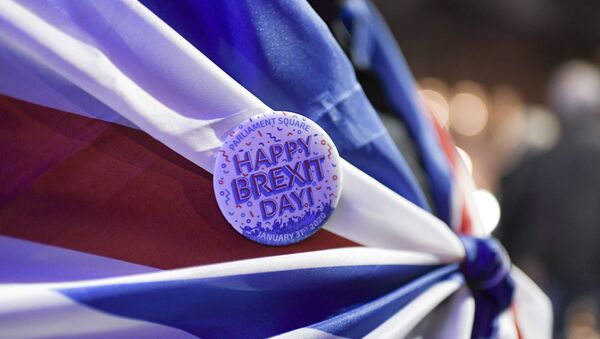 Aleksandra Serebriakova
Moscow-based Sputnik correspondent specializing in foreign affairs.
All materialsWrite to the author
In September, the UK government unveiled its Internal Market Bill, a piece of legislation intended to set up arrangements between the member countries of the United Kingdom following Brexit. Northern Ireland and the European Union criticised the bill as potentially breaching international law.

UK will continue pushing for the Internal Market Bill, the treaty that infringes upon some key provisions of the Brexit Withdrawal agreement in relation to the Northern Ireland issue, a junior foreign office minister, James Cleverly, told Sky on Monday.

"The Internal Market Bill contains really important clauses that protect the integrity of the United kingdom," Cleverly argued. "Ultimately this is an insurance policy, it's really important."

According to the junior minister, the whole point of the bill, which is currently being considered by British parliamentarians, was about "protecting the integrity of the United Kingdom as a single entity".

As flagging talks on a Brexit deal are set to continue through Monday in a last-minute attempt to secure the UK's smooth departure from the European Union's shared trade and regulatory environment, the UK parliament is also set to make a decision on the controversial piece of legislation on the day.

The House of Commons will have to reconsider on Monday whether to re-insert some controversial clauses into The Internal Market Bill removed by the House of Lords last month, to provide a "safety net" if talks with the European Union fall through, as it was put by an anonymous government source cited by the Financial Times. 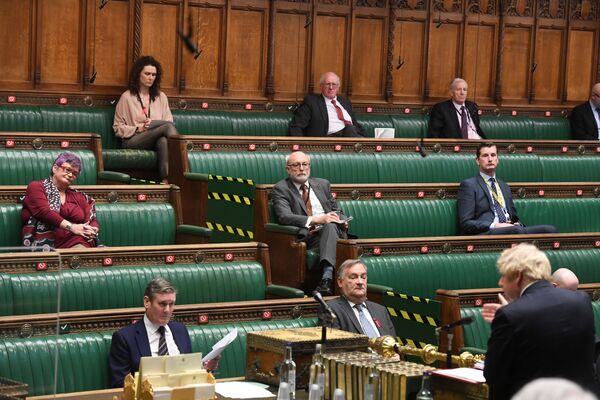 According to London officials, these controversial clauses, which are set to ensure an unhindered flow of goods between Great Britain and Northern Ireland, could still be removed in the future if they are no longer needed.

If re-inserted, the Internal Market Bill will then come as a breach to the terms of the Brexit Withdrawal Agreement, albeit in a "specific and limited way," as it was put by the Northern Ireland Secretary of State.

Controversy Around The Internal Market Bill

The much-debated Internal Market Bill was unveiled by UK Prime Minister Boris Johnson in September; it was drafted with the intention of setting up trading arrangements between the UK member countries following their departure from the European Union.

According to the terms of the Withdrawal Agreement, Northern Ireland will remain a part of the EU's customs union in a bid to avoid a hard border between it and the Republic of Ireland, something that could be damaging to the Good Friday Agreement, a key 1998 arrangement that ensured peace on the island.

The Northern Ireland protocol, which was an appendix to Brexit Withdrawal Agreement, states that a customs controls border would not be established between the Republic of Ireland and Northern Ireland after the UK leaves the European Union. 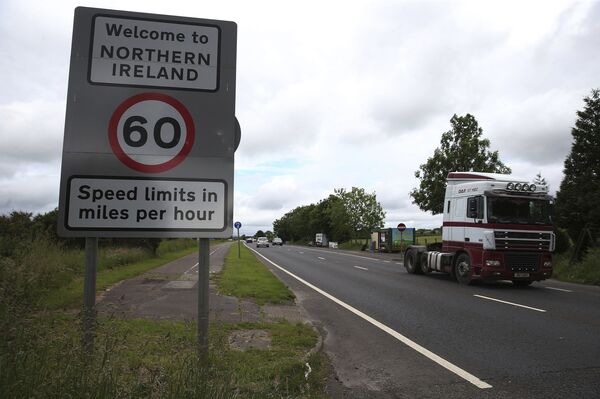 This is a June 15, 2016 file photo of of traffic crossing the border between the Republic of Ireland and Northern Ireland in the village of Bridgend, Co Donegal Ireland
© AP Photo / Brian Lawless/PA, File

Northern Irish officials now argue that the Internal Market Bill constitutes a departure from international law in that it modifies the movement of products flowing into the country, something that overrides key points of the EU-UK withdrawal deal.

But Prime Minister Boris Johnson believes it is a vital piece of legislation to protect trade between the four UK countries (England, Scotland, Wales and Northern Ireland) and ensure the kingdom's internal integrity.

On Monday, the EU and UK officials are expected to meet in Brussels to discuss the implementation of the Withdrawal Agreement and issues related to the Northern Ireland protocol, with European Commission executive Maros Sefcovic telling Reuters that they were now "working hard to make sure it is fully operational as of 1 January 2021".

The United Kingdom officially left the European Union in January 2020, and subsequently entered an 11-month transition period during which the actors were set to decide the future of their trade and economic relations.

This period is salted to end on 31 December, however, the partners have so far failed to agree on a final deal that will exist between UK and EU following their divorce, with talks over disagreements in relation to fishing quotas and so-called "level playing field" conditions mired in a stalemate.