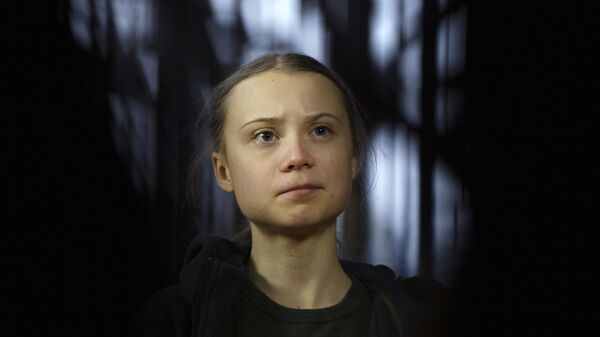 Daria Bedenko
All materialsWrite to the author
Perhaps the world's most famous teen activist, Sweden's Greta Thunberg has been raising the issue of climate change for the past couple of years, starting with "Fridays for Future" youth movement and speaking to the UN.

Teen eco-activist Greta Thunberg became a guest editor of the Swedish daily newspaper Dagens Nyheter on Sunday, making use of her one-day position to highlight issues related to climate change as well as sharing some of her own writings.

"'The media are the only ones who can reach out with the time we have left,' writes @GretaThunberg, visiting editor-in-chief of DN on 6 December", Dagens Nyheter tweeted on Sunday morning, kicking off Thunberg's day as an editor.

In her personal account, Thunberg shared a summary of her working day, posting a video detailing how global CO2 emissions must be reduced to zero by 2036.

Today I was guest editor in chief for Sweden’s largest newspaper @dagensnyheter (https://t.co/b5dANgHisc).
Here’s a 30 second summary.
The emperors are naked.
Every. Single. One. pic.twitter.com/ZelT1qZfbn

​The activist rolled out an article describing climate change as an "extremely urgent" issue and adding that it is a "part of a larger sustainability crisis".

"Handing over responsibility for Sweden's largest daily newspaper to a minor, uneducated activist is completely incomprehensible. It's crazy", Thunberg kicked off her editorial in an ironic manner. "If it were not for the absurd fact that we are in an existential crisis that is still ignored by our society."

The move to put Thunberg in charge of a newspaper, even for one day, drew concern from some, particularly from the editor in chief of rival media outlet Svenska Dagbladet, Anna Careborg.

"In order to maintain confidence in journalism, integrity is crucial", Careborg wrote in Svenska Dagblaget on 23 October, a day after Nyheter announced the December initiative. "For me, it would be unthinkable to hand over the editor-in-chief of Svenska Dagbladet to Greta Thunberg or another activist, if only for one day."

Careborg asserted that handing over the editorial duties of the newspaper to Thunberg, even for one day, was "contrary to our own journalistic principles", calling to distinguish the difference between "news and views".

Thunberg, however, argued in her editorial that, under her leadership, "today's magazine will focus on basic research", outlining that "these are facts, not opinions".

The Swedish teen became virally famous after her iconic speech during the UN General Assembly, in which she furiously questioned the older generation, stating: "How dare you" in asserting that world leaders and large corporations that ignore the climate crisis "stole her childhood and her dreams". 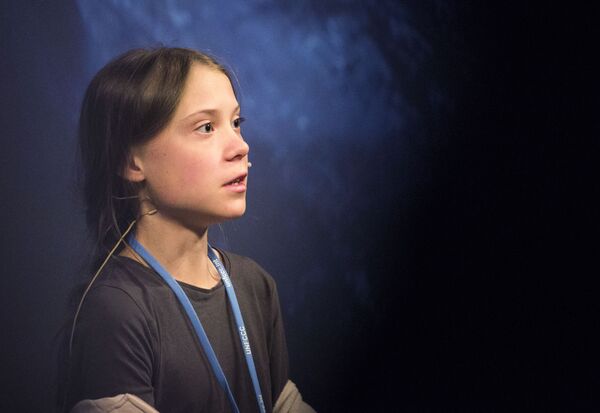 Greta Tunberg at a press conference before the "March for Climate" protest in Madrid.
© Sputnik / Alejandro Martínez Vélez
/
Go to the photo bank

Thunberg was behind the "School strikes for climate", of the "Fridays for Future" movement, in which students skip classes, primarily on Fridays, to take part in strikes to bring attention to climate change.

Successfully drawing significant global attention to climate change, Thunberg remains a controversial figure to some. Some praise her as a hero and an ecological-icon, with Time naming her a Person of the Year 2019, while others suggest that her ideas and beliefs are too radical, with Amazon considering her environmental activism a "threat for business".