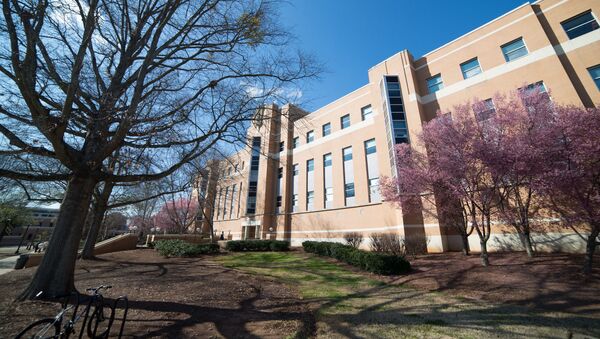 Daria Bedenko
All materialsWrite to the author
​An "armed intruder" was reported on the Marietta Campus of Georgia's Kennesaw State University on Sunday, with the school's emergency management group quickly urging students to shelter via social media.

On Sunday, after an "armed intruder incident" on the Marietta campus of Georgia's Kennesaw State University, the KSU Emergency Management Office announced on social media that the suspect involved in the incident had been apprehended, saying there is "no threat to either KSU campus".

"All Clear. Suspect has been apprehended and there is no threat to either KSU campus. Please resume normal operations", KSU said in a post.

According to local media reports, the suspect was described as "a man with a ponytail and a ball cap".

KSU Alert: All Clear. Suspect has been apprehended and there is no threat to either KSU campus. Please resume normal operations.

Earlier, KSU's Emergency Management alerted students via social media of an "armed intruder" on campus, urging students to shelter in a secure location.

"An armed Intruder has been reported at Kennesaw State. Seek shelter in a secure location until further notice. Lock all doors and windows. Turn off lights and silence cell phones, if possible", Emergency Management office said.

According to the statement, the suspect had been spotted near the Machinist Lodge on campus at approximately 2:40 p.m., local time.

​Shortly after the announcement, the Emergency Management service noted that the incident was reported only on the university campus located in Marietta, outlining that there was no need to hide on the Kennesaw Campus.