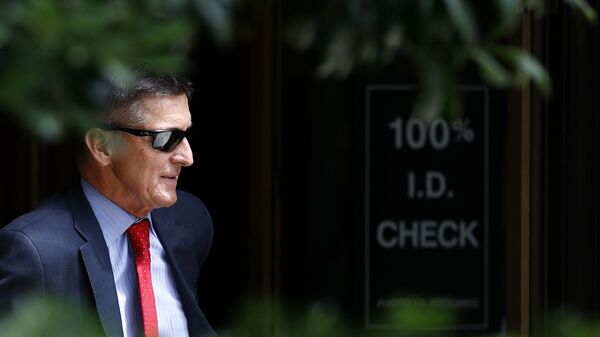 Aleksandra Serebriakova
Moscow-based Sputnik correspondent specializing in foreign affairs.
All materialsWrite to the author
In November 2020, Donald Trump issued a pardon to General Michael Flynn, his short-lived National Security Advisor, who was accused of giving a false statement to the FBI back in January 2017 in relation to the nature of his communications with the then-Russian ambassador to the US.

Speaking in his first TV interview since being pardoned, Michael Flynn told Fox News’ Jeanine Pirro that Barack Obama must have been scared of him, based on a prolonged persecution he had been facing since 2017. The comment came as Flynn has doubled down on earlier reports that the previous President had warned then-President-elect Donald Trump back in 2016 about appointing the distinguished General to his administration.

.@GenFlynn joins “Justice” for an exclusive interview. He discusses how he has experienced “political persecution of the highest order” and much more. pic.twitter.com/O4QaX9PjR5

​According to insiders from the Obama and Trump administrations, cited by Politico, America’s 44th president told his upcoming successor during a private meeting that the previously fired Director of the Defense Intelligence Agency was a problematic figure to work with.

“I must have put the fear of God into Barack Obama and probably still do because of this long four-year saga they put me, my family through, President Donald J. Trump and his family, and frankly the entire country. One of these days I will lay it out,” Flynn claimed during the interview. 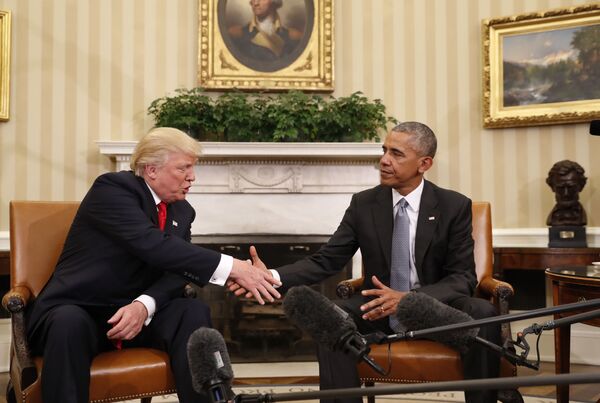 In this Nov. 10, 2016 file photo, President Barack Obama shakes hands with then-President-elect Donald Trump in the Oval Office of the White House in Washington
© AP Photo / Pablo Martinez Monsivais
After being pressured by the Fox News host to specify what exactly Barack Obama could have been scared of when advising against him, Flynn suggested that his appointment to the incumbent president’s administration in a national securityadvisor role must have halted the previous commander-in-chief’s alleged espionage efforts against Donald Trump.

“When he [Trump] chose me to be the national security advisor, they knew that their little plan of spying on Donald Trump would fall apart and many other foreign policy blunders they got our country into, whether it was the Iran deal, issues going on in the Asia-Pacific theatre, trade, all sorts of issues that were in play that the last administration did to frankly run this country right into the ground. They knew those were the types of things I was aware of”, the general argued.

Flynn then suggested that it was “outrageous” that Obama would make Flynn’s figure one of the central topics during the transition period.

“Let's face it. Barack Obama appointed me twice. I was Senate confirmed twice during the time I was in the military. So it's amazing that would be what he would focus on,” he outlined. 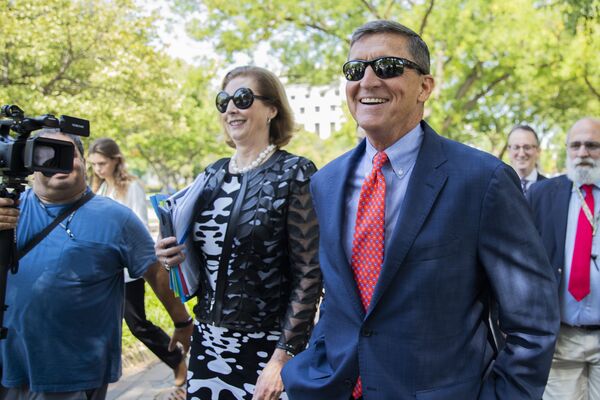 Flynn and Pirro then moved to discuss the Trump’s campaign ongoing legal challenges to the results of the recent presidential election, which POTUS refuses to recognise, citing alleged irregularities and ballot tampering.

The general weighed in on the controversy, by reiterating Trump’s views on the “fraudulent election” and urging the state officials not to certify the current results but rather “go back and do a far more detailed technical mail ballot and signature”.

“We have to stop all engines right now. All these governors and quote-unquote leaders of the states, they have to take responsibility and do something to stop what they are doing,” he said.

Speaking about his former defence attorney Sydney Powell, who has been representing the Trump’s campaign legal challenge against the election results for some time, the general referred to her as “America's guardian angel of justice”.

Powell has been a vocal proponent of Trump’s claim that the 2020 presidential election was stolen from him, citing a number of allegations, including an alleged case of bribing of Dominion Voting System’s management, the corporation that operates voting machines that were used during the vote.

“Sidney Powell's clients are the people of the United States of America. That's who she is fighting for right now,” Flynn claimed. “She has her teeth into Georgia, Arizona, Michigan, Wisconsin and the stuff that she has laid out in her various filings, it's going to play out here”.

General Michael Flynn was sworn as Donald Trump’s National Security Advisor on 22 January 2017. He resigned from his post 22 days later after it was revealed that he had misled the Trump administration about the nature of his communications with the then-Russian ambassador to the US Sergei Kislyak during the 2016 transition period. 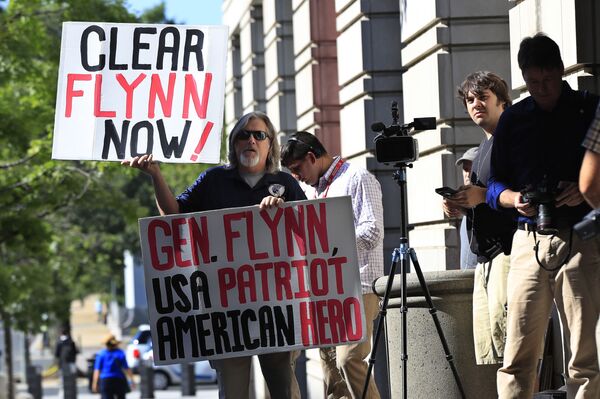 Flynn was accused of lying about the matter during his interviews with the FBI held in January 2017 and later charged in relation to Special Counsel Robert Mueller's investigation into a long-propagated claim that Russia had interfered in the 2016 US presidential election to influence its results.

Flynn pleaded guilty to the charges as he had agreed to cooperate with Mueller’s probe. However, he had later withdrew his guilty plea, saying that his agreement with the US government on the issue had been breached. In May 2020, the US Department of Justice filed a motion to dismiss all changers against the ex-official but this effort has since been put on hold.

On 25 November, US President Donald Trump announced that General Flynn had been fully pardoned.