Is Trump Ready to Sacrifice Major Defence Bill for Killing Big Tech's Section 230 or is He Bluffing? 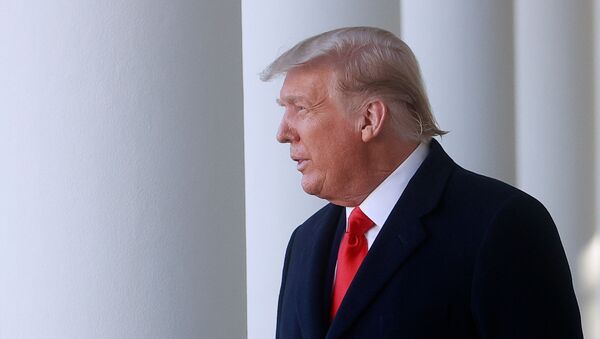 Ekaterina Blinova
All materialsWrite to the author
Donald Trump's decision to go after Big Tech by making the eradication of Section 230 a condition for approving a major Congressional defence bill may be part of some broader strategy, believe US observers, explaining why the president has resorted to the unusual option.

On 2 and 3 December, President Donald Trump repeatedly threatened to veto this year's National Defense Authorization Act (NDAA), a key annual legislation that covers US military spending, unless American lawmakers strip Big Tech of immunity from liability provided by Section 230 of the 1996 Communications Decency Act (CDA). He also lashed out on Twitter at "certain" Republican senators for "getting cold feet" about revoking Section 230.

Silicon Valley giants have repeatedly prompted ire on both sides of the US political spectrum with the GOP accusing them of banning and editorialising the conservatives, and the Dems blasting them for not doing enough to stamp "hate speech" out on their platforms. In early September, three Republican senators introduced the Online Freedom and Viewpoint Diversity Act, seeking to modify the federal law in a bid to set certain conditions under which the Big Tech could still enjoy the protection.

Why Did Trump Tie the Section 230 Immunity Shield to the NDAA Bill?

Facebook and Twitter's labelling and tagging the president's tweets about suspected voter fraud during the 2020 election have apparently become the last straw for Trump, who resorted to attacking the defence spending bill.

"President Trump has no doubt been treated unfairly and negatively by the mainstream media, and by the major social media platforms, for his entire term, and this level of interference and prejudice against him is unprecedented in our technology age," says Karen Kwiatkowski, a retired US Air Force lieutenant colonel, whose assignments included duties as a Pentagon desk officer and a variety of roles for the National Security Agency (NSA).

However, at the same time, the military veteran argues that Trump "may not fully understand the fundamentals of Internet risk, competition, and evolution". She draws attention to the fact that Section 230 earlier paved the way for him to create the "Trump movement", which is by far the largest popular movement in the US in the last 70 years.

"It's the wrong target, and with Trump we can't know if he recognises this, and is working an angle to expose social media corporate bias against him, or seriously believes that Section 230 protections should be removed, opening the door to a massive and frightening increase in both private and state censorship over what social media users post, create and share", Kwiatkowski insists.

Nevertheless, Trump has received support from the other side of the political aisle, with Rep. Tulsi Gabbard (D-HI) backing his decision to tie repeal of Section 230 to the NDAA. There are lots of ways to pass this provision, including inserting it in the NDAA, she told Fox News on 3 December, lamenting the fact that "Congress has thus far failed to do what is necessary to break up these big tech monopolies."

​On the other hand, it is not the first time that a US president has threatened to veto the NDAA to reach his political objectives: previously, Barack Obama warned that he would resort to the measure and eventually did it in October 2015 despite vocal protests from the Republican Party, who stated that nixing the NDAA would put the nation’s security at risk. According to The Hill, in general, the defence authorisation bill "has been vetoed four times in the last half-decade".

Still, Kwiatkowski does not believe that Trump will be successful in his effort to tear Section 230 apart, since "he may not have time in power to really double down on this effort". 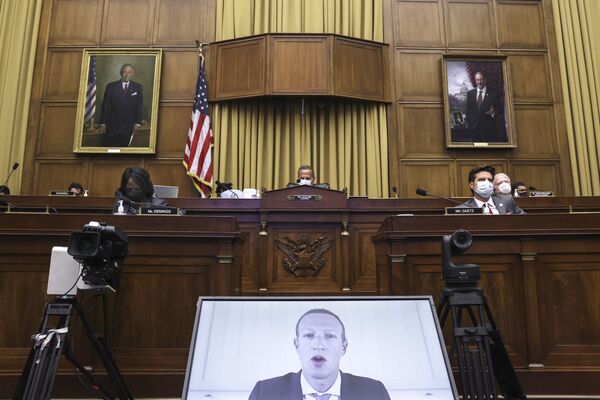 What's Really Behind Trump's Threat to Veto the NDAA?

The bipartisan defence authorisation bill, the fate of which is now hanging in the balance, contains a number of sanctions measures with regard to Russia's Nord Stream 2 project and Turkey's acquisition of the Russia-made S-400 missile defence system as well as the president's plan to withdraw almost 12,000 troops from Germany, among other issues.

"It is possible that Trump is more interested in rejecting the NDAA in general, and repealing Section 230 fits nicely as a public excuse," suggests Kwiatkowski. The NDAA funds interventionist projects that Trump is likely not as interested in now. While it does so in Trump's typical modus operandi of economic sanctions, it perpetuates and pays for military and foreign policy that is not urgent to anyone (except military contractors and the Congressmen and Senators on their political payroll)."

At the same time, she believes that postponing the NDAA until late January could help Trump to kill several birds with one stone:

·         first, it keeps Trump in the pilot's seat and emphasises that he is still president;

·         second, it exposes division between the two factions of the Democratic party – left-progressive non-interventionists who want all federal resources spent at home, and the neoconservative Democratic leadership;

"If Trump delays the NDAA, the Biden-Harris administration will be forced (by the bureaucracy and a heavily-lobbied Congress) to sign the bill rapidly and reactively, setting the stage for more Clinton, Bush 43, and Obama global intervention and war-making in a time where this US policy approach is increasingly unpopular, and noticeably ineffective," Kwiatkowski explains.

As a result, the move may "frame Biden-Harris as deep state advocates" and expose "the actual lack of new foreign policy of the Democratic Party", she notes, adding: "Whether by serendipity or by plan, it is typical of Trump's brilliance as a disrupter."

If Trump really goes for it and axes the NDAA bill, he will be doing it to make complications for the incoming Biden administration in the first place, agrees Philip Giraldi, a former CIA counter-terrorism specialist and military intelligence officer. He adds that even if the bill is vetoed, Biden will be able to approve it in a month's time.

At the same time, the CIA veteran expects that in any event Biden will not follow in Trump's footsteps: the former vice president is "unlikely to make an issue of the Turkish military purchases or the Nord Stream project with Germany". Instead, Biden will revert to the standard US-Europe model, revive the idea of bringing Ukraine and Georgia into NATO, ramp up tensions with Russia, and apparently add more gasoline on the fire of the Iran-Israeli standoff, according to Giraldi.