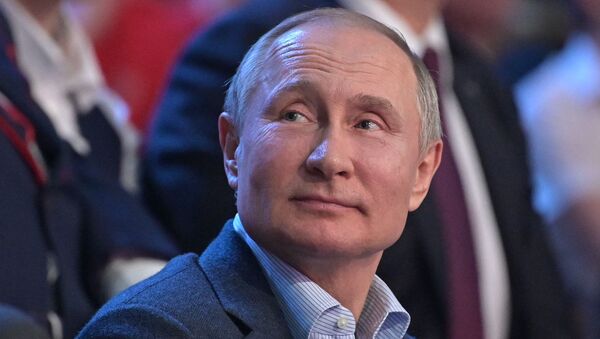 Max Gorbachev
All materialsWrite to the author
The issue of artificial intelligence has become a double-edged sword in recent years. On the one hand it increases productivity and boosts progress, but on the other hand the rise of automation is expected to put millions of people out of work in the near future.

Russia's President Vladimir Putin revealed whether artificial intelligence will one day replace a human being as head of state. Speaking at the online conference Artificial Intelligence Journey, the Russian leader expressed scepticism that AI will be able to handle the task.

"I hope it won’t be able to replace a human on the post of a president. At least not in the near future. You see the very name – artificial. It means not real. It doesn’t have a heart, a soul. It lacks compassion or conscience – things that are extremely important for people that vote for an individual tasked with making decisions that will benefit a country", Putin said.

Incidentally, the Russian president was answering a question asked by an AI named Athene, a virtual assistant developed by Russia’s Sberbank.

At the same time Putin, said that that the role of AI in governing a country will certainly grow in importance and emphasised that AI may become a good assistant and even a teacher for any person, including for a president.