Three Armed People Tried to Cross Into Russia From Ukraine, One Killed in Gunfight 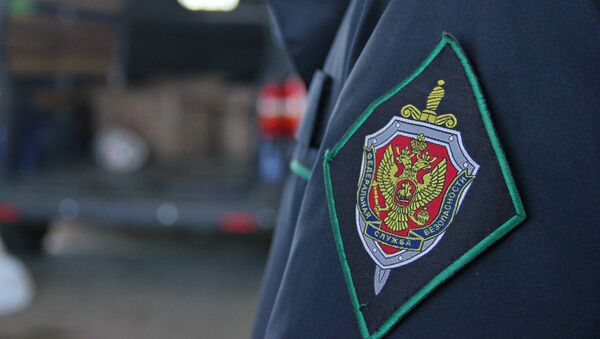 MOSCOW (Sputnik) - Three unidentified armed people made an attempt to force their way across the border from Ukraine to Russia, one of them was killed in a gunfight with law enforcement agents, the Russian Federal Security Service (FSB) said on Friday.

"A border detachment suppressed on 4 December, at the territory controlled by the FSB's border directorate for Belgorod and Voronezh regions, an attempt by three unidentified armed persons to force their way into Russia from Ukraine through a border violation", the FSB said in a press release.

The violators offered armed resistance to the law enforcement agents who tried to detain them, the press release read on.

The FSB added that one of them sustained a fatal injury in the response fire, two others fled to the Ukrainian territory.

The security service has not yet provided other details of the incident, but added that an investigation is underway.

In 2017, a similar incident occurred in the Kursk Region when Russian border guards discovered a group of people attempting to cross the border. When the border guards requested their documents, they opened fire killing one of the guards. One of the shooters was subsequently killed and the second was detained.

A few weeks later, the FSB reported another shooting incident on the border with Ukraine, also in the Kursk Region. A 31-year-old man entered the territory of Russia from the Ukrainian side and opened fire at the border guards there. He then tried to hide in Ukrainian territory, but was wounded and detained.