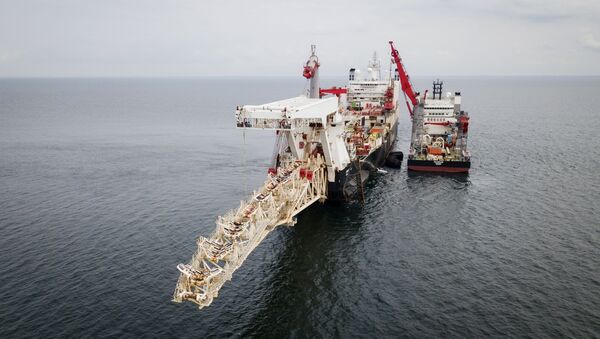 Tim Korso
All materialsWrite to the author
The Trump administration has long been critical of the EU, especially Germany, over their support for the transnational pipeline project, which will boost the capacity of Russia to sell natural gas to Europe. Washington insists that the EU must instead buy more expensive LNG from the US or other countries.

The European Commission has condemned the US plans to expand the sanctions on Nord Stream 2, which could potentially affect EU businesses working on the project, and stressed that extraterritorial sanctions violate international law. EU spokesman Peter Stano noted that the bloc is hoping to discuss the matter of such sanctions with the new administration under Joe Biden, who is currently projected to win the US presidential election, to resolve the issue.

The commission clarified that it strongly opposes the idea of third countries targeting European companies conducting legal business. Brussels added that it is ready to defend its interests if the US goes ahead with the idea of expanding the Nord Stream 2 sanctions. 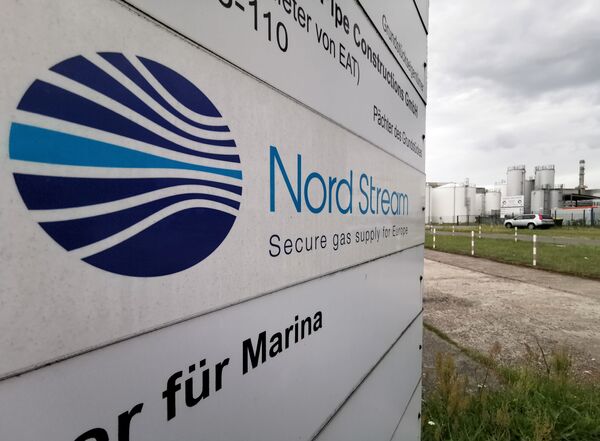 The EU Commission said that it plans to come up with proposals to mitigate the potential impact of the extraterritorial US sanctions on the bloc’s member countries and businesses. A plan to strengthen the "economic and financial sovereignty of Europe" will be presented shortly, the commission representative said.

Sovereignty of Germany, EU Not Up for Discussion in Talks With US on Nord Stream 2

Germany has achieved progress in negotiations with the US concerning the Nord Stream 2 pipeline, which Washington wants to prevent from being completed, and expects talks on the issue to be held soon, the head of the German Bundestag Committee on Economic Affairs and Energy, Klaus Ernst, said. Ernst noted, however, that one topic will be off-limits in these talks – the sovereignty of Germany and the European Union.

"I hail the fact that the US now wants to exempt European governments and their bodies from [Nord Stream 2] sanctions. These talks are bound to happen. [...] Now [Germany's] federal government has to unambiguously indicate during these talks that the sovereignty of Germany and the EU are not up for discussion", Ernst said.

The German lawmaker also praised the "creative ideas" of the country's federal states, which may allow private companies to dodge the American sanctions against the pipeline. Ernst referred to a recent report by the newspaper Bild, claiming that Mecklenburg-Western Pomerania's authorities are mulling creating a climate protection foundation that will designate Nord Stream 2 as a crucial piece to protect the environment in the German state and will allow private companies to provide their services to the pipeline indirectly. Mecklenburg-Western Pomerania's officials refused to comment on the report.

An apparent breakthrough in talks between the US and the EU regarding the joint megaproject, funded by Russia's Gazprom and several European energy giants, comes after the US Congress reached a compromise on the annual National Defence Authorisation Act (NDAA), which among other things contains provisions for sanctions against Nord Stream 2.

According to the document, any companies that facilitate the construction of the pipeline, for example, by providing it with pipe-laying vessels will be targeted with US sanctions. Government entities, however, will no longer fall into the eligible category, thus allowing them to certify the pipeline for operation. Previously, Norwegian-German certification company Det Norske Veritas – Germanischer Lloyd said it would cease working on certifying vessels involved in the project, but denied stopping the inspections of the pipeline itself.