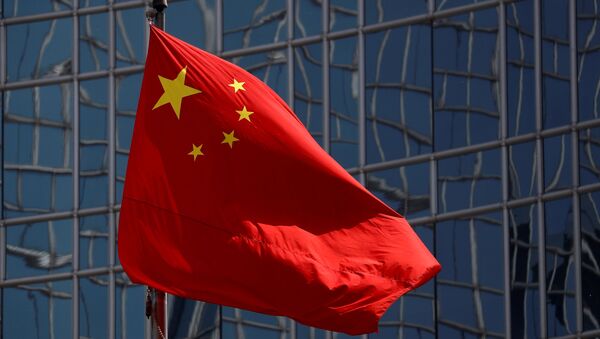 Kirill Kurevlev
Correspondent
All materialsWrite to the author
The US has been battling China's rising global influence since 2017, considering the strengthening of Beijing on the world stage a potential threat to US national security. The Trump administration has imposed sanctions on various Chinese activities, including trade and Beijing's handling of Hong Kong and Xinjiang.

China poses the "greatest national security threat" to the US, and the administration of the projected winner of the 2020 presidential election, Joe Biden, should view challenging China as its highest priority, the current Director of National Intelligence (DNI), John Ratcliffe, suggested in an interview with Fox News on Thursday.

Following the publication of an op-ed by the Trump appointee in the Wall Street Journal, titled "China Is National Security Threat No. 1", Ratcliffe stated that he had the ability "to see more threat information than anyone else".

"People that equate other things, or say, oh, you know, Russia is a greater threat, they are politicizing intelligence", Ratcliffe said. "I am hoping now that the election is over, now that people have voted, and if there is a Biden administration, that they will get past politicizing intelligence and be honest about China and acknowledge that China, and China alone is the greatest national security threat that we face".

According to the presidential adviser, China's aim is "to dominate economically, militarily and technologically, and is the only country capable of challenging American supremacy across the board".

"All of the threat streams that we have, from all aspects, militarily, economically, supply chain issues, foreign investment, technologically, cyber issues, cyber warfare, 5G, telecommunications — China is in all of those and they are the only country to be in that space and the only country that threatens America supremacy", Ratcliffe added. 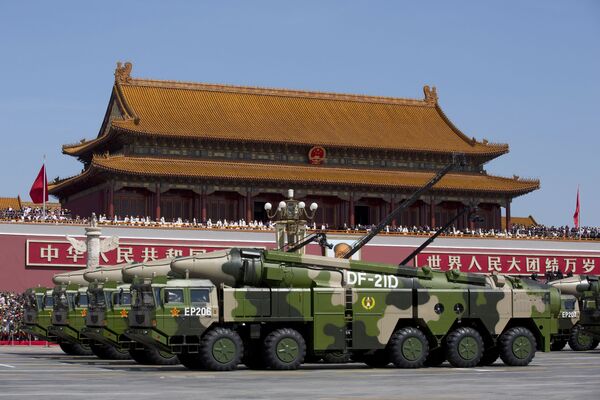 Ratcliffe said that the US is still retains the top spot, comparing it to war tactics in which the best position to fight is "from the high ground because it is easier to fight downhill than it is to fight uphill". The official also suggested the urgency of this "fight" currently, in light of China's efforts to undermine the US position as the "dominant superpower".

"What I don't want is for us not to take advantage and do that", Ratcliffe said, adding, "We don't ever want to be in a position that we're fighting uphill. We don't want to be looking up at China".

Earlier, the projected winner of US presidential race, Joe Biden, said that he was not seeking ways to impose new or uphold current sanctions on China, as he expected the latter to follow the conventional rules of trading and respect the "bright lines" that earlier should not been crossed by Beijing.

At the same time, in an interview published Wednesday, the former Delaware Senator and US vice-president claimed he would not “make any immediate moves” on tariffs.

“The best China strategy, I think, is one which gets every one of our — or at least what used to be our — allies on the same page. It’s going to be a major priority for me in the opening weeks of my presidency to try to get us back on the same page with our allies”, Biden said.

Some experts suggest that it is more likely that a projected Biden administration would continue its predecessor's path in challenging Beijing by forcing it "to play by the international rules".

Over the last years China was named the biggest national threat to the US, alongside Russia. US authorities and government officials continuously claim that Chinese intelligence, business and trading practices are particularly unfair to the US, as Beijing is "systematically stealing intellectual property" and backs some of the world's most vicious cyber attacks.

China accuses the US government of escalating "political suppression", stating that US behavior is disadvantageous for both countries and the world in general, because it violates global trade, technology development and slows economic growth in the interest of companies and consumers.

Russia is held responsible by many in the US for its purported interference into the US electoral system during the 2016 presidential election, but an investigation conducted in 2017-2019, particularly probing allegations of Moscow-Trump collusion, failed to back the claims. Moscow, in its turn, has repeatedly refuted the accusations.