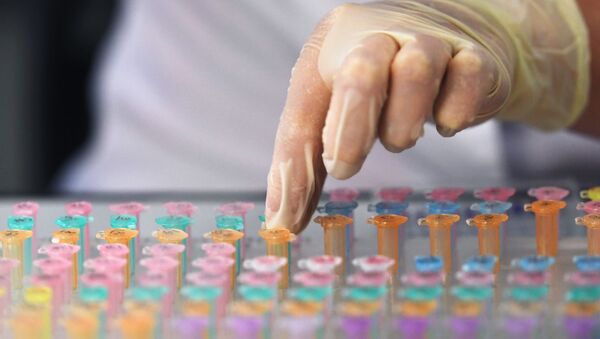 Elizabeth Blade
All materials
Israeli prison authorities ban conjugal visits for Palestinian prisoners incarcerated for terrorism. For many wives of such inmates this verdict means they can never become mothers but some are taking matters into their hands, looking for ways to get pregnant under the noses of watchful Israeli guards.

The year 2020 has been especially difficult for both Israelis and Palestinians. Since the outbreak of the pandemic in March, many have lost their lives, hundreds of thousands have lost their jobs, sinking into poverty.

But for Sanaa Salama, an Israeli Arab woman from the town of Tira in central Israel, this year has been sheer bliss, simply because she finally became a mother.

Achieving that goal, however, was not easy and the reason for this was that her husband, Walid Daqqa, is a prisoner, serving a life sentence in an Israeli jail for his involvement in terrorism.

Daqqa was caught and imprisoned in 1986, after he confessed to the kidnapping and murder of an Israeli soldier, Moshe Tamam, two years earlier by a cell of the Popular Front of the Liberation of Palestine, an organisation deemed a terrorist outfit by Israel and of which Daqqa was a part. But it was only 13 years later that he met and married Sanaa, who back then was a journalist, writing about the life of Palestinian prisoners.

"We got married in 1999 and I really wanted to have a child from him", confesses Sanaa.

The problem was that Israel's prison authorities do not allow conjugal visits for those tried for terrorism, and claim those meetings could be used by terrorists to smuggle arms, money, and even drugs. 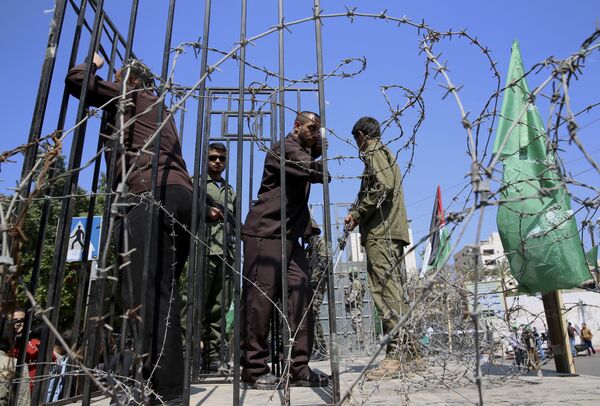 And this was what prompted Sanaa to agree to her husband's proposal to use a ruse that has now become popular among the wives of Palestinian prisoners - smuggled sperm.

"My husband surprised me when he asked me if I was ready to become a mom", she recalls the meeting with Daqqa. "I didn't hesitate and told him I would happily do so".

Her acceptance was not a given. In conservative Palestinian society, the pregnancy of a woman, whose husband is away could raise eyebrows and stir suspicion but Sanaa says these thoughts did not bother her because her family had embraced that move and vowed to support her.

"My family and that of my husband approved of the decision, mostly because they all realised that a child would be the only 'real' element that could link me to him".

The process of sperm smuggling, however, required an entire operation and Sanaa says she doesn't even know the details or the people, who helped to turn her dream into reality.

"It was very complicated. Capsules with my husband's sperm had to be smuggled outside of prison and this was exceptionally difficult given the prison authorities check every little thing that goes inside and out".

But her persistence paid off and 13 weeks after she started the process, doctors at a Nazareth fertility clinic told her she had become pregnant. Nine months down the line, in February, she gave birth to a healthy baby girl, whom she named Milad. 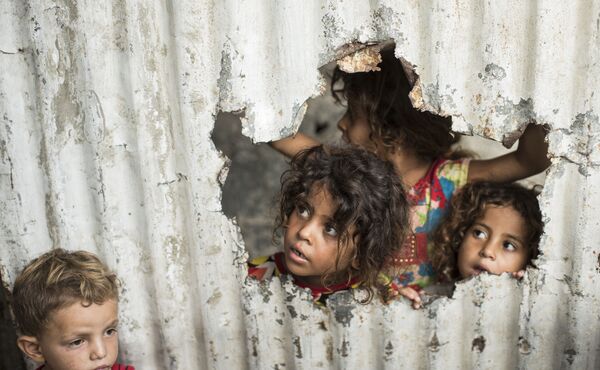 Sanaa is far from being the only Palestinian who resorted to this scheme. Since 2012, when the first such instances occurred, more than 70 women have opted for this strategy to conceive a child.

By 2018, more than 60 babies had been born to fathers jailed in Israeli prisons.

And despite the long and rather unnatural process, Sanaa says it was worth the effort.

"She is the best thing that has happened in my life. She compensated me for the feeling of deprivation that I had and she turned me into a happy woman, who conceived a child from the man she loves. And that also gives me hope that one day we will meet and live together as a family".