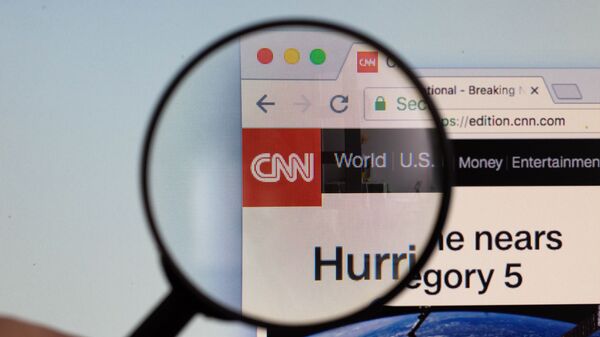 The release of the alleged recordings of top CNN executives' morning briefings by James O'Keefe's Project Veritas has become one of the latest entries in a long list of the American network's mishaps and fiascos. CNN has so far abstained from openly confirming or denying the authenticity of the tapes, but has already threatened O'Keefe with legal action, thus confirming in the eyes of some netizens the truthfulness of the scandalous and discrediting recordings.

Here is a short list of the popular American news network's scandals, starting with the most recent expose by Project Veritas:

When the New York Post's scandalous piece about Hunter Biden's notebook and the damning materials it contained hit many American news outlets, CNN chose to ignore the story, which risked tanking Democrat Joe Biden's performance on Election Day that was just a few weeks away. Project Veritas' tapes suggest that this was a deliberate decision made by the network's executives during one of the allegedly recorded morning briefings.

“Perhaps there was a meeting with someone from Burisma…"#CNNTapes pic.twitter.com/Rh334srRz3

"Obviously, we're not going with the New York Post story right now on Hunter Biden [...] We'll just continue to report out this is the very stuff that the president was impeached over, this is the stuff that Senate Committees looked at and found nothing wrong in Joe Biden's interactions with Ukrainians and now having an email that perhaps there was a meeting with someone from Burisma", CNN Political Director David Chalian reportedly suggested in order to play down the bombshell report.

Officially, CNN anchor Jake Tapper justified the network's lack of interest in the story by calling it "too disgusting" to be aired, while privately CNN President Jeff Zucker reportedly just swept the report under the rug, questioning its credibility and calling it a "rabbit hole".

Another scandalous piece unearthed by Project Veritas suggested that CNN's executives were very disappointed by how the Democrats were fighting Trump in Florida and were seeking to shift the tide in Biden's favour (but ultimately failed). During these discussions, senior vice president and managing director of CNN en Español, Cynthia Hudson, alleged that POTUS' success in the state could largely be attributed to his anti-communist message, and, oddly enough, to the supposed affection of local Cubans for "bullies".

"The only reason they are supporting Trump is because of [the anti-communist] narrative. And that narrative and the fact that sadly, I have to say, there's a population that's very attracted to bullies. The Cubans are going to vote for Trump. And that's terrifying", Hudson reportedly said during one of the briefings.

"The Cubans are going to vote for Trump, and that's terrifying"

"I have to say, there a population that's very attracted to bullies"#CNNTapes pic.twitter.com/s3Tl3u8rIe

A significant portion of CNN's mishaps in recent years are connected with the Russiagate scandal in the US, and a 27 July 2018 story about Michael Cohen purportedly planning to provide evidence against his boss, President Trump, was no exception. The network claimed that Cohen's lawyer, Lanny Davis, had declined to comment on the matter, while, in fact, the lawyer was actually the media outlet's key source of information for the article. 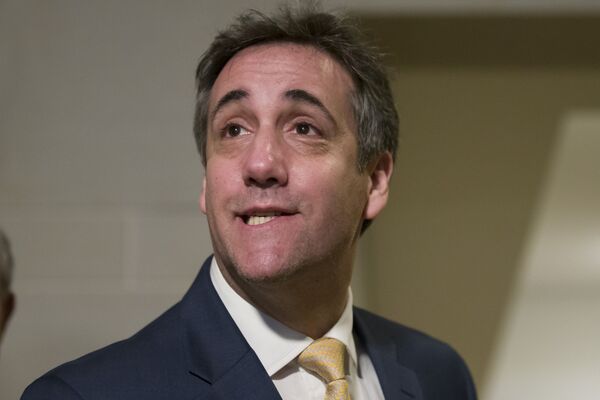 Michael Cohen, President Donald Trump's former lawyer, pauses to speak with the media as he departs after testifying before a closed-door hearing of the House Intelligence Committee, on Capitol Hill, Thursday, Feb. 28, 2019, in Washington
© AP Photo / Alex Brandon

Davis later confessed that the claim about Cohen being ready to testify against Trump in Robert Mueller's probe was false, forcing practically all media outlets to retract the story. That is, all but the one which originally published it – CNN.

At the height of the long-lasting Russiagate scandal in June 2017, CNN's investigative unit penned a story about how a member of Trump's transition team, Anthony Scaramucci, had purportedly met with a member of the Russian government's Direct Investment Fund (RDIF). The news piece further claimed that Scaramucci's actions were being investigated by the Treasury Department and two Democratic senators. 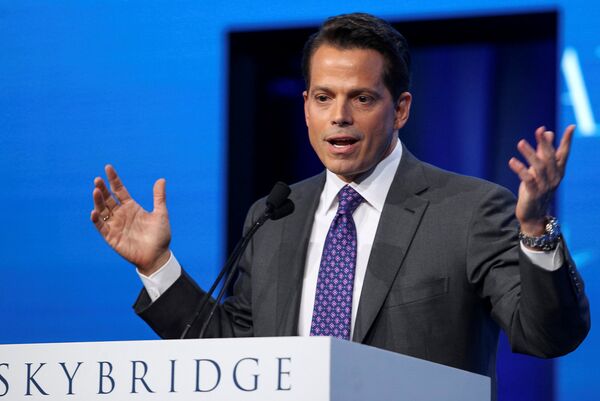 Anthony Scaramucci, Founder and Co-Managing Partner at SkyBridge Capital, speaks during the opening remarks during the SALT conference in Las Vegas, Nevada, U.S. on May 17, 2017.
© REUTERS / Richard Brian/File Photo

The network was soon forced to retract the story, issuing a note saying that it had accepted the resignation of the three editors, including the executive in charge of the investigative unit who had worked on the story. CNN said a "breakdown in editorial workflow" led to the publishing of an article that had been based on a single anonymous source. At the same time, the network noted that its retraction does not necessarily mean that the story was "wrong", but rather not "solid enough".

One of the most serious, and at the same time silliest, debacles took place on 9 December 2017, when CNN rushed to report what it thought was a smoking gun report linking Trump's campaign to Russian hackers, which had long been the scapegoat of the US mass media and politicians for when something goes awry in the country. The network cited several sources as claiming that Donald Trump Jr. had received access to the WikiLeaks archive with files stolen from the DNC days prior to their official release. 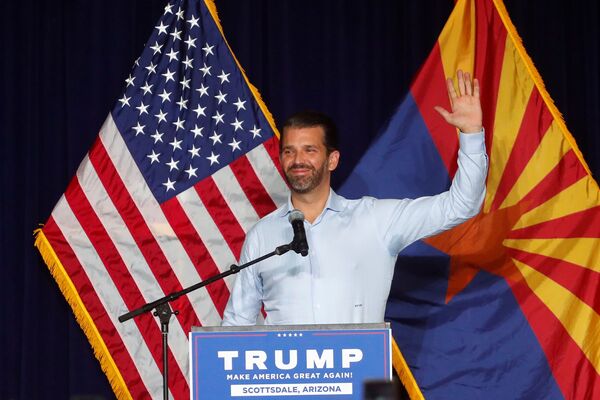 When the network got a copy of the purportedly damning email addressed to the president's son, it learned that, in fact, the message was sent 10 days after the WikiLeaks archive went public – a little late for the exclusive access the "Russian hackers" were supposed to have provided in the view of the mainstream media. CNN could only explain the mishap by stating that it was still "possible" that all of its "sources" had got the date of the email wrong.

The news network suffered another case of poor reporting in the aftermath of the 2013 Boston Marathon bombing, claiming that a "dark-skinned male" had been apprehended soon after the attack. In fact, the perpetrators, Chechen-Kyrgyzstani-American brothers Dzhokhar and Tamerlan Tsarnaev, were arrested only days later.

What was more surprising is how the newly appointed president of CNN, Jeff Zucker, had lauded his team's coverage of the terrorist act, stressing that "CNN shined this week" and claiming that viewers "respected the network's accountability", referring to its retraction of the fake news regarding the tragedy.