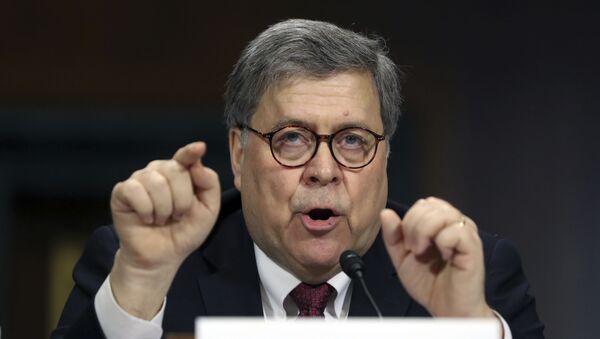 Kirill Kurevlev
Correspondent
All materialsWrite to the author
A US attorney from Connecticut, John Durham, was appointed by US Attorney General Bill Barr in 2019 to oversee a review on the origins of the Russia investigation over allegations that Moscow had been involved in the 2016 US presidential campaign and also investigating Trump's connections to Russia, in accordance with US law.

US Attorney General Bill Barr, in a letter dated 1 December, notified the Senate and House Judiciary Committees that he had appointed US attorney John Durham to be US Special Counsel two weeks prior to the 3 November presidential election, as a means of continuing an investigation into the origins of the Russia probe under the next administration, Fox News has reported on Tuesday, citing an obtained letter.

"On May 13, 2019, I directed John Durham, US Attorney for the District of Connecticut, to investigate certain intelligence and law-enforcement activities surrounding the 2016 presidential election", Barr, a Trump appointee, wrote. "Although I had expected Mr. Durham to complete his work by the summer of 2020, the COVID-19 pandemic, as well as additional information he uncovered, prevented him from doing so".

In 2019, Durham was reportedly tasked to determine whether intelligence collection alleged to have been practiced on Trump, as well as the entire investigation, had been "lawful and appropriate".

"In advance of the presidential election, I decided to appoint Mr. Durham as a Special Counsel to provide him and his team with the assurance that they could complete their work, without regard to the outcome of the election", Barr wrote, emphasizing that Durham was appointed with “the powers and authority of a Special Counsel” on 19 October. 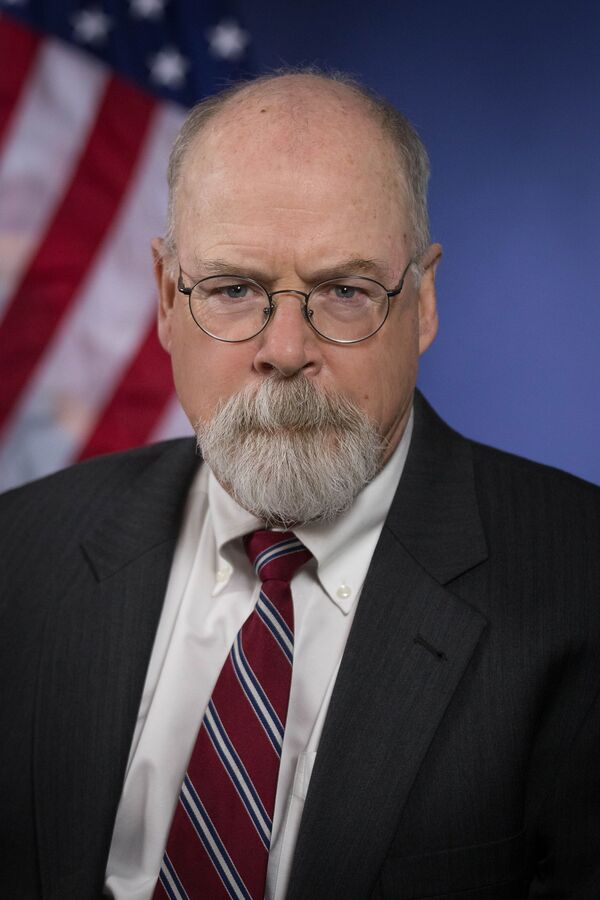 John H. Durham, U.S. Attorney for the District of Connecticut since February 2018
CC0 / /

According to documents also obtained by Fox News, as a Special Counsel, Durham will be "authorized to investigate whether any federal official, employee, or any other person or entity violated the law in connection with the intelligence, counter-intelligence, or law-enforcement activities directed at the 2016 presidential campaigns, individuals associated with those campaigns, and individuals associated with the administration of President Donald J. Trump, including but not limited to Crossfire Hurricane and the investigation of Special Counsel Robert S. Mueller, III".

Under US law, Durham's investigation should result in a "confidential report" that must be submitted to the Attorney General, as well as "such interim reports as special counsel deems appropriate in a form that will permit public dissemination".

Durham was reportedly experiencing significant pressure during the summer months and likely decided to wrap the active inquiry up after the election. His investigation continued soon after election day.

"Durham remains full steam ahead", Fox News quoted a source claiming to be familiar with the situation.

The investigation led by Durham has so far resulted only in former FBI lawyer Kevin Clinesmith being accused of altering an email related to the surveillance of a former Trump campaign aide. After that, the Durham team went silent, reportedly due to not completing several lines of investigation believed by some to be "critical", according to reports.

In an exclusive interview to Fox News in October, the Director of National Intelligence (DNI) and Trump appointee John Ratcliffe, said that he believed he would see more indictments, after Durham resumed his investigation. Ratcliff's assertions were reportedly based on "intelligence" he claimed that he had access to, some of which provided by the DNI himself.

"I think there will be more indictments", Ratcliffe said at the time. "Based on the intelligence I have access to, I certainly believe there should be. At my direction, the Office of the Director of National Intelligence has now provided almost 1,000 pages of materials to the Department of Justice in response to Mr. Durham’s document requests. I will continue to ensure the Intelligence Community’s responsiveness to the Department of Justice's requests".

The Trump-Russia investigation into allegations of Russian interference in the 2016 US presidential election and purported collusion between Moscow and the Trump campaign officially concluded in 2019 with the so-called Mueller Report. The report noted that investigators found no solid evidence to prove that Trump or his associates committed a crime. The report also did not conclude that Trump engaged in obstruction of justice during the investigation. Russia has repeatedly dismissed the accusations of its "interference" in the US electoral system.