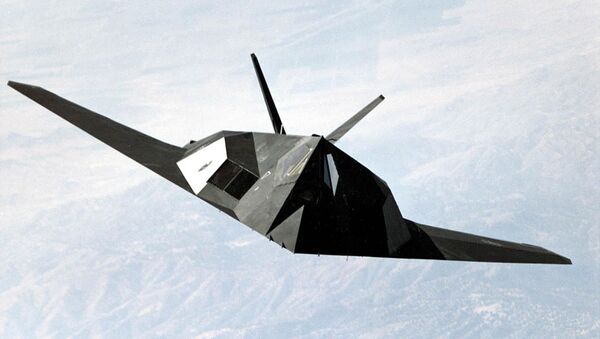 Morgan Artyukhina
All materialsWrite to the author
The tale of how the Yugoslav Air Defense Forces managed to shoot down a US F-117 Nighthawk in 1999 is the stuff of legend, but a US Air Force pilot who flew F-117s in the war has now come forward with a story about a second stealth fighter that Serbian forces struck.

In March 1999, NATO began a devastating bombing campaign in the Federal Republic of Yugoslavia even after the United Nations Security Council rejected intervention in the internal Yugoslav conflict between Albanians and Serbians. Just three days after the bombing began, on March 27, Yugoslav forces shot down an F-117 Nighthawk, one of the most prominent symbols of American military might and one of the first operational stealth aircraft.

The aircraft’s low-visibility radar-wave scattering paint job, angular shape and radar-resistant coating were supposed to cause it to disappear from enemy detection; “Sorry, we didn’t know it was invisible” was how the Yugoslavs boasted of their accomplishment.

However, another pilot who flew F-117s during that conflict has now come forward about a second Nighthawk that the Yugoslavs hit with anti-aircraft fire - although this one managed to limp back to base. Retired USAF Lt. Col.Charlie 'Tuna' Hainline recounted the incident on a recent episode of The Afterburn podcast. 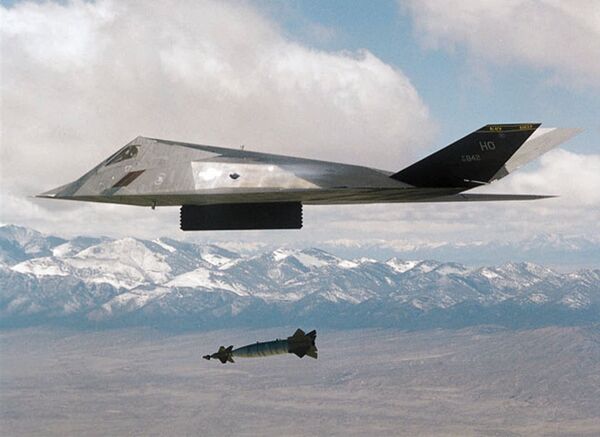 According to Hainline, who began flying “stinkbugs” shortly after they emerged from their cloak of secrecy in 1990, the stealthy black jets typically flew their ground attack missions over Yugoslavia in pairs. For his squadron, flying out of Spangdahlem Air Base in Germany, missions usually lasted about six hours.

During one mission over western Budapest that might have been on April 30, although he named no date in the interview, Hainline said he and his wingman, who was running a parallel track some ten miles distant, came under a hail of anti-aircraft fire, including surface-to-air missiles.

Despite their reputation as “invisible,” stealth aircraft are not 100% impervious to radar, but perform best when they are supported by radar jammers such as EA-6B Prowlers or modern-day E-18 Growlers, The War Zone reported. On this night, however, the stealth fighters did not have that kind of protection.

“I kind of looked to my right over Belgrade, and [saw] this huge missile coming up - it looks like a Saturn V thing,” Hainline told podcast host John “Rain” Waters, referring to the huge rockets used to launch American missions to the moon.

“I knew my number two guy was over there somewhere. Then I see another launch - this big glow, and even from that far away you can see a lot of detail. The plume, the smoke going, and then just this ball of fire coming up towards you … As I’m heading towards this target, one missile explodes and the other one kind of goes up into space,” he continued. “I don’t know if it hit him.” 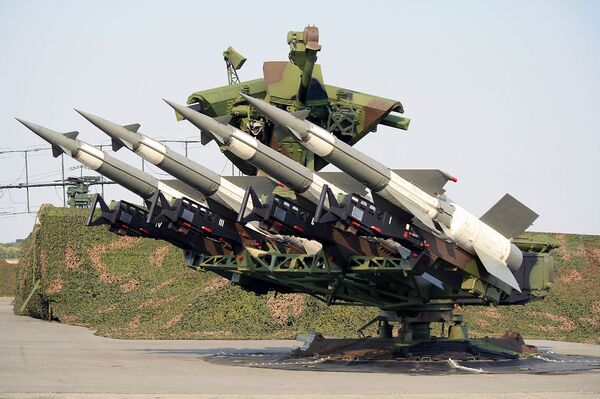 While his aircraft emerged unscathed, the other F-117 wasn’t so lucky. Hainline said he lost track of his wingman for a while, until it mysteriously reappeared at a tanker rendezvous, well after the time it should have arrived, with all its lights off and unable to match the KC-135 Stratotanker’s speed to refuel.

“His airplane wasn’t in really good shape,” Hainline recalled. However, the pilot managed to refuel after the tanker slowed down, and the plane “kind of disappeared again” until arriving back at Spangdahlem. For his efforts to get his wingman back to base, Hainline received a Distinguished Flying Cross for “heroism or extraordinary achievement while participating in an aerial flight.”