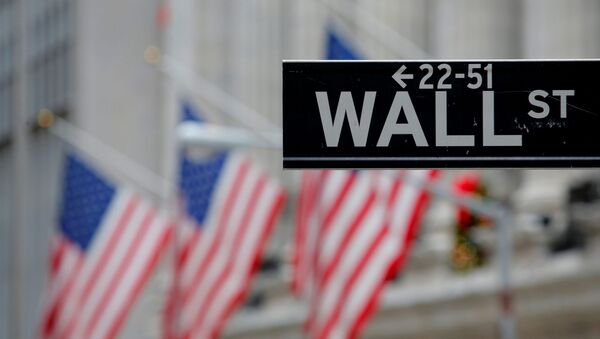 NEW YORK (Sputnik) - US stocks made an early start to a so-called 'Santa Claus' rally typical for the month of December, as the top equities index, the S&P 500, and the technology benchmark Nasdaq hit record highs on the promise of promised coronavirus vaccines.

The Nasdaq Composite Index, which counts on the performance of US tech stock giants such as Facebook, Apple, Amazon, Netflix and Google, settled up 1.3 percent at 12,355, after an all-time high of 12,405. Nasdaq gained 11.8 percent in November, also the highest level since April.

Progress in coronavirus vaccines reported by pharmaceutical giants Pfizer and Moderna have boosted US stocks and other risk assets since November. Both companies have said they expect to receive emergency use authorization for their coronavirus vaccines from the US Food and Drug Administration, as well as European health authorities.

US Health Secretary Alex Azar suggested that some Americans could expect to get their first immunizations against the coronavirus before Christmas.