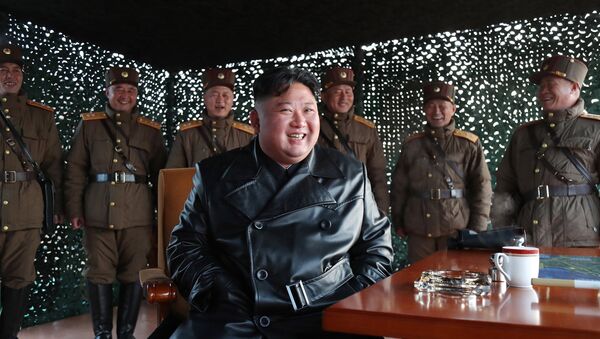 Nikita Folomov
All materialsWrite to the author
North Korea enhanced control over its border last week to keep the coronavirus pandemic from entering the country. Although the government claims there are no confirmed COVID-19 infections in North Korea, there have been media reports claiming that there are more than 8,000 "suspected" coronavirus cases in the Asian nation.

Beijing has granted access to its coronavirus vaccine trial to North Korean Supreme Leader Kim Jong-un and his family, according to Japanese intelligence cited by US analysts on Tuesday.

The vaccine was reportedly delivered to North Korea during the last two to three weeks. According to intelligence data, Kim, his family, and several high-ranking officials have been vaccinated against COVID-19.

"Given that China is probably the world's largest producer of vaccines—some estimates say 5 billion doses annually of different vaccines—and likely the supplier of North Korea historically, the fact that they are providing COVID vaccines for DPRK is not a surprise", – online outlet 19FortyFive cited Dean of the National School of Tropical Medicine Dr Peter J. Hotez as saying.

The North Korean government has imposed several restrictions since the beginning of the coronavirus pandemic. In early November, South Korean media reported a North Korean official was executed for illegally importing goods, in violation of COVID-19 regulations. Last week, state media reported the authorities were set to impose new restrictions, stiffening access to its maritime boundary.

The Korean Central News Agency has repeatedly reported that officials have taken multiple steps to prevent the coronavirus from entering the country by working out anti-epidemic measures in border areas.

Earlier this month, Reuters reported, citing sources, that North Korean hackers had launched a cyber-attack on AstraZeneca's systems to gain access to information on a vaccine jointly developed by the pharmaceutical company and Oxford University.