Azerbaijan Backs 'All for All' Principle in Prisoner Exchange, State Commission Says 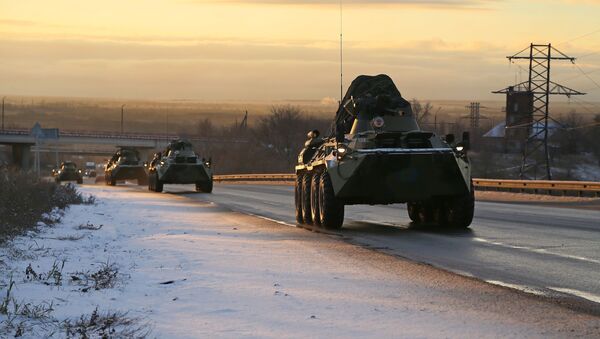 BAKU, (Sputnik) - Azerbaijan backs the "all for all" principle in terms of a prisoner of war exchange, the state commission on missing and imprisoned citizens said Tuesday,

"Azerbaijan is committed to the exchange of prisoners and hostages based on the 'all for all' principle", the commission said.

The state commission on missing and imprisoned citizens has also confirmed it would continue its contact with the International Committee of the Red Cross and the command of the Russian peacekeeping mission to determine the fate of missing Azerbaijani soldiers.

Earlier today, the Russian Defence Ministry announced that the Lachin district in Karabakh had been transferred to Azerbaijan, but Russian peacekeepers would retain control over the Lachin corridor.

Last month, Moscow, Yerevan, and Baku signed a joint statement on the cessation of hostilities in Nagorno-Karabakh after a military conflict between Armenia and Azerbaijan broke out in the region.