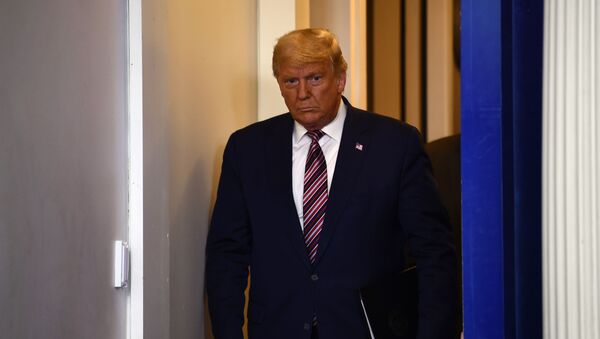 Asya Geydarova
Editor
All materialsWrite to the author
The report comes amid rumours that US President Donald Trump might toughen his policies on China in what is presumed to be his latest days in office before the next US president occupies the White House.

The Trump administration is set to include Chinese chip maker Semiconductor Manufacturing International Corp (SMIC) and China National Offshore Oil Corp (CNOOC) into the list of companies allegedly having ties with the Chinese military, Reuters reported on Sunday, citing a document and unnamed sources.

The US Department of Defence has yet to confirm the reports.

In mid-November, President Trump signed an executive order banning US citizens and companies from purchasing securities of Chinese companies that Washington believes could be linked to the Chinese military beginning on 11 January. Beijing has criticised the move, stating that there is no evidence to back up the alleged ties to the military.

Following Trump's order, the Chinese Commerce Ministry accused Washington of grave violations of the principles of market competition and international trade, adding that the "national security pretext" is used by certain officials within the US government in order to prevent American investors from entering the Chinese market.

Media reported earlier that before late January, when the next US president is set to enter the White House, Trump will introduce tougher policies targeting China. According to the report, apart from sanctions and trade restrictions, his actions will also include expanding the list of companies that the Defence Department believes are tied to the Chinese military.