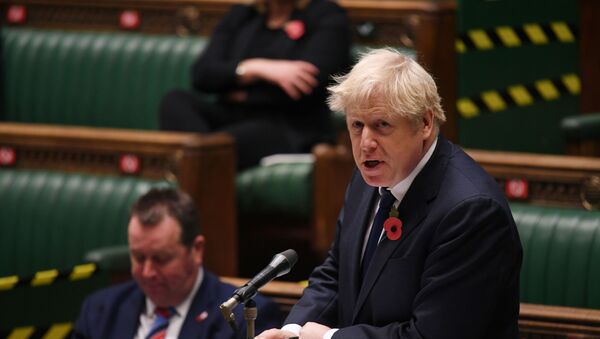 © REUTERS / UK PARLIAMENT/JESSICA TAYLOR
Subscribe
Svetlana Ekimenko
All materialsWrite to the author
Ahead of a Tuesday vote in the House of Commons that would see a three-tier coronavirus alert level system introduced, and Tier 2 and Tier 3 restrictions applied to nearly 99 percent of England's population, a group of Tory MPs threatened to rebel and demanded that the government publish a cost-benefit analysis of the tiers.

Boris Johnson has warned that England will face another national lockdown unless MPs unite and vote in favour of the government’s new coronavirus restrictions, which might place 99 per cent of the country under the toughest Tier 2 or 3 curbs from Wednesday. writes the Daily Telegraph.

Facing a brewing revolt from backbenchers over the three-tier COVID-19 alert level system that comes under a House of Commons vote on Tuesday, in a letter published on Sunday evening, Johnson directly appealed to the rebels in the COVID Recovery Group (CRG). He said that there was “every reason” to hope and believe “the worst is nearly behind us, so now more than ever is the time to demonstrate unity and resolve.”

“I do believe the strategy is a balanced approach, which helps protect the NHS from being overwhelmed, keeps children attending school, and lets the economy open up in a safe way, and the best way forward,” says Johnson.

The Prime Minister offered a spate of concessions in what is seen as a climbdown from No 10’s previous stance and a move to address Tory MPs' concerns about the economic fallout from the strict new tiers.

Thus, Downing Street will publish an analysis of the health, economic and social impacts of the pandemic and measures taken to curb the spread of coronavirus based on forecasts from the Bank of England and the Office for Budget Responsibility. 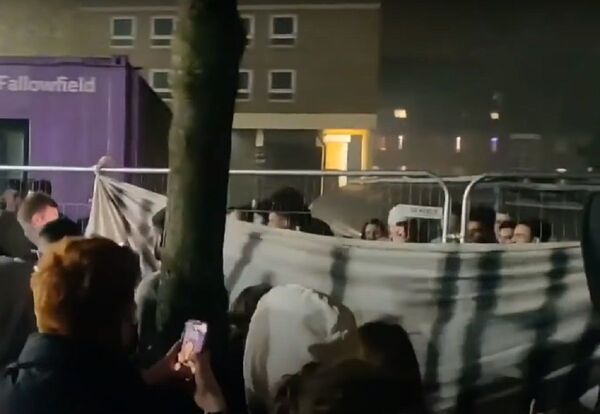 Johnson also proposed concessions to mitigate the impending harsh curbs that have been lambasted as a potential “death knell” for thousands of pubs and restaurants. The latter will receive extra cash to help them deal with upper-tier restrictions.

“There are already grants of £2,000 and £3,000 for businesses in Tiers 2 and 3 but we recognise we need to do more,” a government source was quoted as saying.

The new tiers system requires all premises in areas designated as Tier 3 to offer only takeaway service, while those in Tier 2 can only serve alcohol with "substantial meals". The restrictions are potentially set to apply to 99 percent of the country. 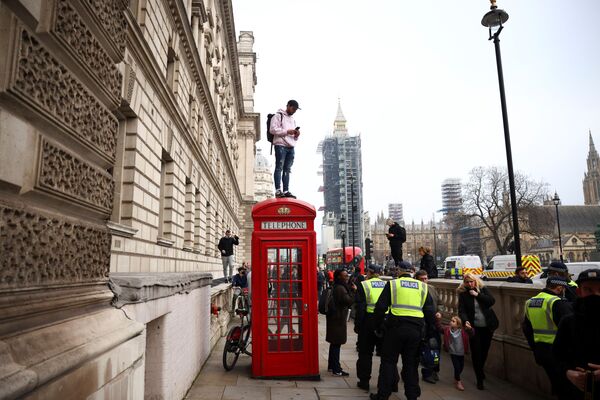 A man stands on a telephone booth during an anti-lockdown demonstration amid the coronavirus disease (COVID-19) outbreak in London, Britain November 28, 2020.
© REUTERS / HENRY NICHOLLS

In the letter to MPs, Johnson acknowledged that pubs and restaurants were bearing the brunt of the curbs, because “there are only a limited number of settings where you can bear down on transmission” while schools and workplaces remain open.

Additional details of the extra cash support are to be announced this week.

According to the outlet, the PM offered the prospect of a review of the tiers in December, with a vote to scrap them in January unless MPs vote in the New Year to keep them in place until Easter.
Johnson added in his letter to MPs:

“These will not be easy decisions. With Christmas round the corner, and the difficult months of January and February ahead, we will need to continue to exercise caution.”

He added that “no prime minister wants to impose restrictions which cause such harm to society, the economy and people's mental health”.

Johnson warned that the curbs were needed “if we are to keep the virus under control and avoid either overwhelming the NHS or another national lockdown which is far more damaging and restrictive than these tiers”.

The Prime Minister also reiterated that the “prospects offered by vaccines and testing mean we can begin the process of recovery in earnest”.

The developments came as earlier, ahead of the Commons vote, a group of about 70 to 100 rebel MPs had demanded compelling evidence in favour of the limits.

In a message to Downing Street, Mark Harper, the chair of the COVID-19 Recovery Group (CRG) of Tory MPs, said:

“Show us that the measures that are being proposed are going to be effective and show us the cost... We need hard evidence, not hyperbole.”

The outlet writes that potentially only the Isle of Wight, Cornwall, and the Isles of Scilly will fall under the lightest Tier One coronavirus restrictions. 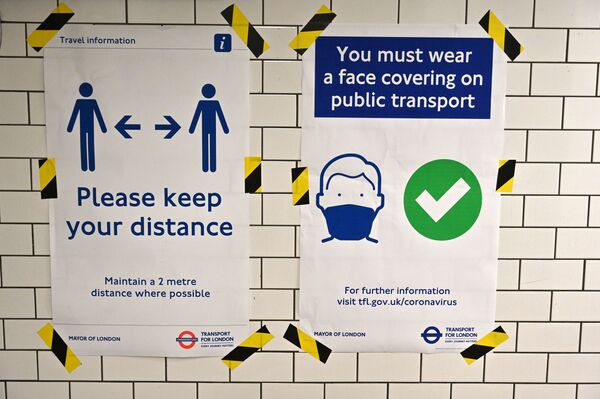 Vast swathes of the Midlands, North East and North West are to be designated as Tier Three – the most restrictive.

From next Wednesday in England, we are introducing a stronger three-tiered system of local measures to push the virus down and see us through winter.

You can find out which tier your area will be in from 2 December here: https://t.co/mi9eSM366h

In Tier 2 social mixing outside of households or support bubbles will not be allowed indoors. The rule of six will apply outdoors, including in gardens and public spaces. While hospitality venues will stay open until 11 p.m. – with last orders at 10 p.m. – only those that serve food can operate, with pubs and bars that do not serve meals closing down.

In the toughest Tier 3, people are not allowed to mix socially indoors with other households, unless it is with their support bubble.

With the exception of delivery and takeaway service, hospitality venues will have to close. Hotels and other accommodation providers must also close, except for specific work purposes where people cannot return home. Indoor entertainment venues, such as cinemas, must also close.