Scottish First Minister Sturgeon: The Sooner We Can Have Independence, The Better For All of Us 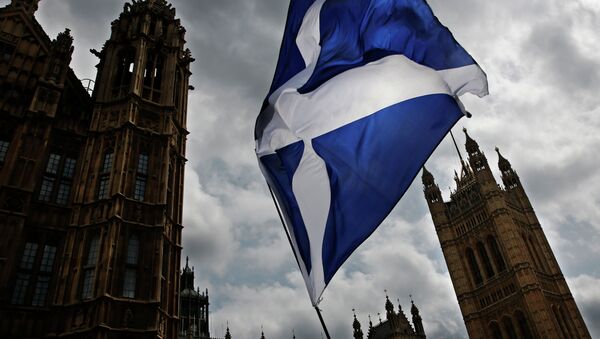 Aleksandra Serebriakova
Moscow-based Sputnik correspondent specializing in foreign affairs.
All materialsWrite to the author
In 2014, Scotland held a referendum, seeking independence from the UK, however, a slight majority voted to remain part of the kingdom at the time.

First Minister of Scotland Nicola Sturgeon told Sky News on Monday that the sooner her country gains independence the better it will be for everyone.

"I'm clear that I think for all the reasons I've set out, the sooner Scotland can have the powers of independence so we chart our own future, the better it will be for all of us", the first minister said.

While Sturgeon pointed out that she would not put a "precise date" on a second independence referendum, she noted that she would be willing for it to take place "in the early part" of the next term of the Scottish parliament, which begins next year.

She has declined to confirm that the purported vote could take part in autumn 2021.

The First Minister added that there is "lots of uncertainty" right now due to the COVID-19 pandemic, while lashing out at Prime Minister Boris Johnson and "his band of Brexiteers" for handling out the coronavirus crisis. 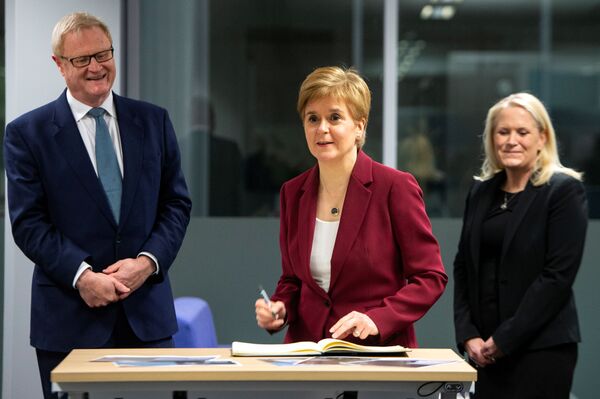 New Referendum on the Horizon?

In 2014, 55.3% of voters in the Scottish independence referendum chose to remain a part of the United Kingdom. However, pro-independence voices have never seemed to fade. The situation was exacerbated in 2016, when the United Kingdom voted to leave the European Union. a decision that did not see strong support among Scottish voters, according to the breakdown of the results.

Sturgeon, the leader of the Scottish National Party, has been pushing for a second referendum on independence in light of Britain's departure from the EU, which took place in January this year and will be completely cemented by the end of transition period on 31 December.

The Times newspaper recently quoted the First Minister as saying that she would be willing to hold the new referendum next year, as Scotland should have "the opportunity to choose whether to become independent in the earlier rather than the later, part of the next parliament".

Recent polls have indicated that Scots support independence more now than they did in 2014.

However, setting a new referendum would require support from Westminster - something which is not seen as entirely forthcoming. UK Prime Minister Boris Johnson has said Scottish people made their choice during the 2014 referendum, the results of which should be respected.

In recent reports, Boris Johnson was cited as describing the process of devolution, the delegation of more powers to the Scottish government, largely since the establishment of the Scottish Parliament in 1999, as a "disaster" and "Tony Blair's biggest mistake". However, the Prime Minister said that his words were not "entirely" accurately reflected.

Instead, the prime minister said, it was "the way SNP have handled devolution in Scotland" that "has been a disaster".