Maradona 'Fell and Hit' His Head Before Dying but Wasn't Checked For That, Nurse's Lawyer Claims 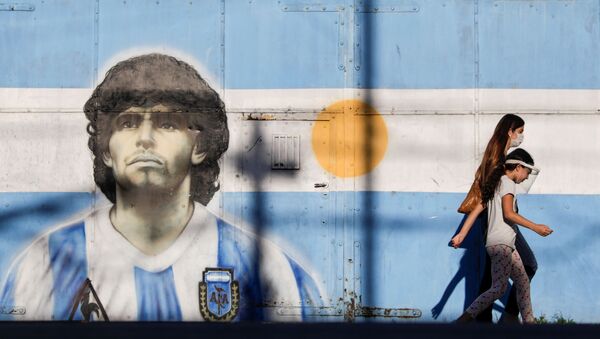 Aleksandra Serebriakova
Moscow-based Sputnik correspondent specializing in foreign affairs.
All materialsWrite to the author
Argentine football legend Diego Maradona died at his home on 25 November at the age of 60. The prosecutor’s office in Buenos Aires later launched a probe into possible medical negligence that could have led to the footballer’s death.

Diego Maradona had fallen and hit his head a week before his death, Rodolfo Baqué, the lawyer for the nurse Dahiana Gisela Madrid who had been a witness to the investigation into the footballer’s death told TN channel.

"Maradona fell on the Wednesday before his death, he fell and hit himself and they did not take him to do an MRI or a CT scan," Baqué said, adding that the ex-Napoli player had struck the right side of his head.

“He was picked up and continued his normal life,” the lawyer revealed.

According to Baqué, although the blow was not severe, Maradona was not checked by any medical team after the incident, which happened shortly after his brain surgery. The 60-year-old football star also had an elevated heart rate and problems that “no one took any notice of”, according to Baqué. 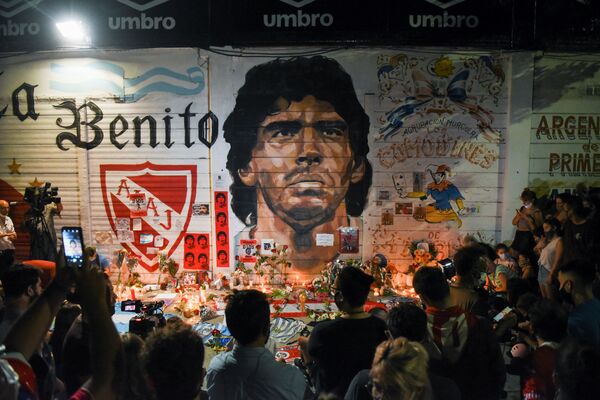 “Because of the checks carried out by the night-shift nurse, Maradona had a heart rate of 115 beats per minute and the day before death it was 109, and we all know that for a patient with coronary problems it cannot exceed 80 beats per minute. Maradona had indicated that there were problems with his heart rate but he was not treated with medication,” the nurse’s lawyer revealed.

Baqué said that the issue surrounding the footballer’s heart was ignored, as he believes that if the legend had been placed in some luxury clinic - rather than in his house in Tigre, north of Buenos Aires, which lacks some necessary facilities - he would be alive today.

"The first responsibility belongs to the doctor, and the second to the family," Baqué concluded.

Diego Maradona died on 25 November from a cardiac arrest just a few weeks after undergoing brain surgery to remove a blood clot.

The prosecutor's office in Buenos Aires launched an investigation in relation to circumstances surrounding his death, as according to reports, it took the ambulance more than half an hour to reach the star's house after an emergency call.

Dahiana Gisela Madrid, a nurse taking care of Maradona at his house, where he was placed after being released from the hospital, has also been questioned by the authorities in relation to her claim that she had entered the footballer’s room on the morning of his death. Later, however, Madrid reportedly claimed that she was forced to lie about that by the private medical firm Medidom, for which she worked.

The nurse’s lawyer Baqué told the Argentine media that his client did not have direct contact with Maradona for eight days, as he had apparently “fired” her. Madrid was still asked to stay in the house by people close to the footballer, but she had not personally checked his vital signs for more than a week he died, and was handing over his prescribed medication only via Maradona's assistant.

Maradona’s personal physician Leopoldo Luque meanwhile insisted that he had “nothing to hide” in relation to the player’s death, as reports emerged that his house has been searched by the police who are investigating claims of possible negligence.