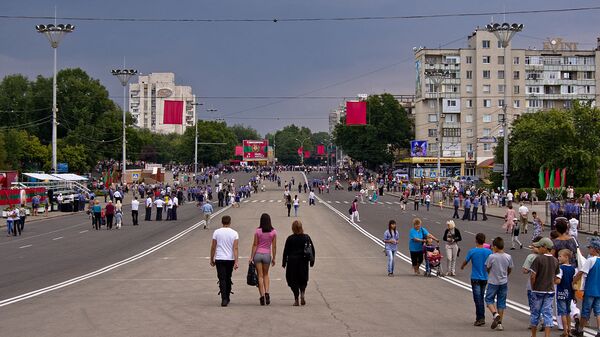 Moldovan President-Elect Maia Sandu said earlier in the day that Russian peacekeepers, who guard weapons storage units in Transnistria, should leave, the weapons themselves should be moved out, and OSCE-linked civilian observers should be deployed in the region instead.

"There has been no preliminary discussion on this. Of course, we believe that there is great need for a more balanced approach in the context of our relationship," Peskov said.

"We expect the constructive approach to continue, to have a sort of continuity in that regard, and we will take into account possible negative impact of any hasty decisions," the spokesman told reporters.

Transnistria, a region with a predominantly ethnic Russian and Ukrainian population, broke away from the Soviet Republic of Moldova in 1990, fearing the country might seek to reunify with neighbouring Romania.

The move triggered a war that ended with a ceasefire in July 1992, but the conflict has remained unresolved. Russian peacekeepers have been preserving peace in the region, along with their Moldovan and Transnistrian counterparts.