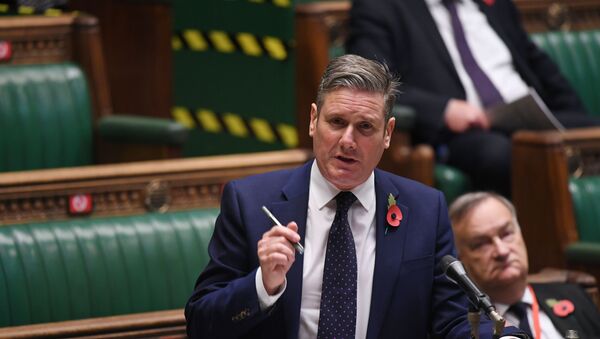 Jason Dunn
All materialsWrite to the author
Since the party's historic defeat in the December 2019 general election after voters shifted en masse to the Conservatives, who promised to implement the 2016 Brexit Vote, Labour under Keir Starmer has taken a more cordial approach to the UK's withdrawal.

Unnamed Labour sources cited in The Guardian on Sunday claim that a number of shadow cabinet ministers are willing to stand down over being whipped to vote in support of the deal that could be agreed to this week, with one reportedly calling it a “dangerous moment” for the party leader's authority.

The outlet cited a Labour veteran who said that while Starmer has shown competence at the beginning of his leadership tenure, many party members are “worried" as "they don’t feel they know enough about where he sits on the political spectrum”.

“I think there is some degree of confusion within the Labour party as to where he stands and what his values are. And that is because of the lack of things that he’s fighting for beyond competence. He has to establish not a set of detailed policies, but a political position, which tells the public that we stand for our values. It has to be about much more than competence," the unnamed source added.

Another MP claimed that there was a rising nervousness among frontbenchers over backing the deal, saying that they would “consider their position” if Labour were to vote for it.

“There would be several junior ministerial resignations if we were forced to vote for it. I think that it would be a terrible mistake and there are many more people who feel that way in the PLP [parliamentary Labour party] and in the shadow cabinet than has been suggested," they said. 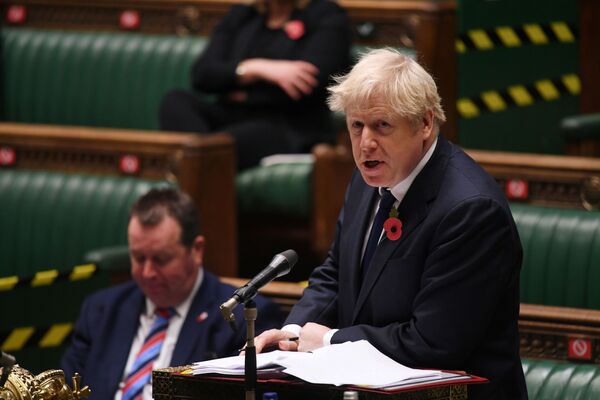 However, leading party figures are convinced that backing the deal is the only realistic way forward, with unidentified sources reportedly claiming that Starmer is poised to force a vote on the agreements favour.

This has led to rising discomfort among some Labour MPs who met early last week after some spoke in support of backing a Brexit deal; this led to others feeling that the event was intentionally coordinated.

Since his ascension to the top job, Starmer has made serious inroads on the government's popularity in opinion polls - seeing a 20 point surge in voter intention surveys and surpassing the government in recent weeks.

However, after losing the election in 2019 - largely due to Leave-voting seats switching to the Conservatives - the party has refocused its priorities away from Brexit.

We betrayed people and betrayal is a truth that sticks.

The closest we came to power was in 2017, winning 40% of the vote; the vision, the policies & the agenda were right.

We got it wrong on Brexit in 2019.pic.twitter.com/BuYq0fSzf7

​Starmer, who was the primary champion of Labour's second referendum policy during the election while serving as Shadow Brexit secretary under Jeremy Corbyn, has now found himself in a position of allowing the government to pursue the UK's withdrawal from the European Union largely unobstructed.

In 2017, Corbyn saw a historic surge in votes while campaigning to respect the vote to leave the EU a year earlier. He later received widespread opposition during his leadership from the remain faction within his own party.

The 'People's Vote' campaign and an exodus of pro-EU voters in the 2019 European elections, pushed Labour into adopting a policy which was largely credited with their landslide loss last December.

So @joswinson having a go at #JeremyCorbyn for his remaining neutral stance ...now wasn’t it #Swinson that wanted a #PeoplesVote the clue is there Jo, a people’s vote note a leaders influence vote, #Corbyn is offering the very thing you wanted
pic.twitter.com/FDGpho31LF

​Michel Barnier, the EU’s chief negotiator, told MEPs that an extra four days of make-or-break negotiations with the UK would be permissible amid rising scepticism among EU member states about the usefulness of continued talks.

That tells you everything you need to know about @Keir_Starmer and his supporters.

​Barnier has resumed face-to-face negotiations in London on Saturday after a week in isolation after one of the bloc’s negotiating team tested positive for coronavirus.

He reportedly said during a private meeting on Friday that he would aim to use the weekend and “maybe one or two more days” in an attempt to end the ongoing deadlock - primarily due to fishing sovereignty rights and state aid restrictions.

If an agreement on the future relationship between the two is not secured, the UK will leave the EU's trading structures on 31 December without a deal.