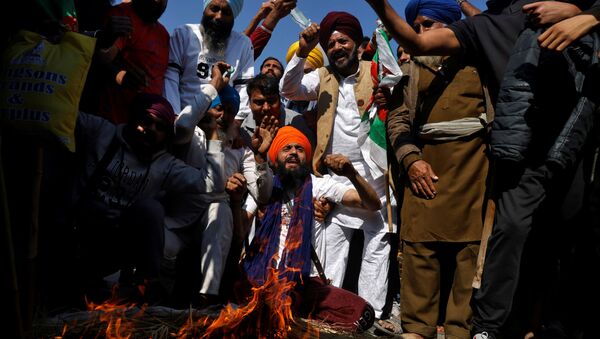 Ashutosh Kumar
Sputnik correspondent
All materialsWrite to the author
Farmers from the northern Indian states of Punjab, Haryana and Uttar Pradesh marched to Delhi to protest against the Modi government’s new farm laws. Earlier in the week, clashes took place between the protesting farmers and the police at the Haryana-Delhi border when the former tried to enter the city.

Even though the government has allowed protesting farmers to enter Delhi, Indian Prime Minister Narendra Modi on Sunday said that the farm reform laws have opened "new opportunities" for the farmers.

In an apparent message to the protesting farmers, PM Modi said that it is important to have the right information and level of awareness. Modi also referred to an instance of how a farmer based in the Indian state of Maharashtra has benefited from the new law, having received the full payment for his produce under the provisions of the legislation.

“The law has defined that the contracting party will have to make full payment of the farmers’ produce within three days of entering into the contract. This has empowered the farmers,” PM Modi said.

To assuage the protesting farmers, even Indian Home Minister Amit Shah reached out to them late Saturday evening and offered to hear them out.

Meanwhile, the farmers are still camped at the various Delhi borders and will decide their further plan of action. 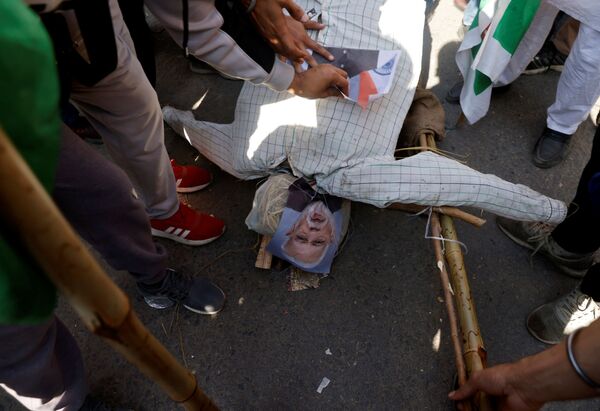 The farmers, organised via 30 farm associations, are up in arms against two farm reform bills approved by the Indian parliament during its recently-concluded Monsoon Session in September.

The laws are the Farmers Produce Trade and Commerce Bill, 2020 and the Farmers Agreement on Price Assurance and Farm Services Bill, 2020. The first law allows farmers to sell their produce at places apart from their designated APMC market.

The second one aims at allowing contract farming under which they can enter into supply agreements with private firms for remunerative and pre-decided prices.

India's principal opposition party Congress has been calling the laws draconian. The party contends that leaving the price of farm products to market forces will be detrimental to the interests of farmers.