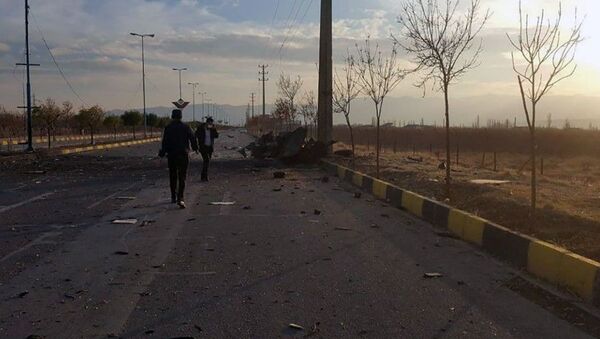 Svetlana Ekimenko
All materialsWrite to the author
A report in The New York Times earlier cited three US officials as claiming that Israel was behind the assassination of Iranian scientist Mohsen Fakhrizadeh in an attack near Iran's capital Tehran on Friday. In the wake of the killing, Iran has said here were "serious indications of Israeli responsibility.

The Friday killing of nuclear scientist Mohsen Fakhrizadeh, who headed the Iranian Defence Ministry’s Organisation of Defensive Innovation and Research (SPND), could be part of a plan by the US and Israel to put a spoke in the wheel of a projected Biden administration, writes Axios.

The report claims the attack on the high-profile physicist may be perceived as part an effort by the Donald Trump administration and the Israeli Prime Minister Benjamin Netanyahu government to use the time left until projected President-elect Democrat Joe Biden assumes office to exert more pressure on Iran.

The ramping up of tension with the Islamic Republic ahead of 20 January, when the winner of the 2020 US presidential election is inaugurated, coupled with potentially more concerted actions against Iran by the US and its ally, Israel, would be expected as rendering it much harder for a potential Biden administration to reengage with Tehran on the nuclear deal issue, writes the outlet.

The Biden campaign had hinted that their candidate may seek to rejoin or “renegotiate” the 2015 Joint Comprehensive Plan of Action nuclear deal with Iran if he were to win.

Donald Trump withdrew the country from the agreement in May 2018, citing alleged “violations” on the part of Iran. Israel had successfully lobbied the move, with Prime Minister Benjamin Netanyahu holding an intelligence presentation in 2018 where he alleged that the Mossad had infiltrated a secret nuclear archive in Tehran, gathering a trove of documents proving that Iran had ‘lied’ to the world about its nuclear programme. 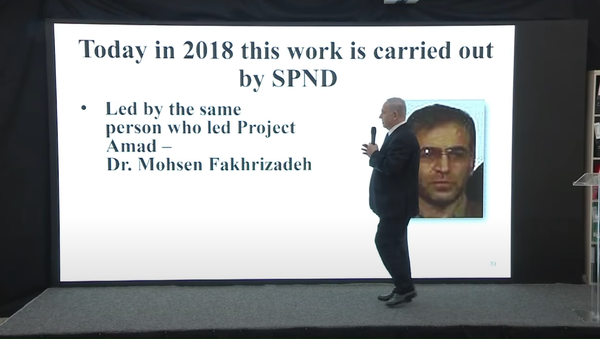 As Washington announced days after the presentation that it was scrapping its commitment to the JCPOA, it swiftly reinstated crippling sanctions against the Islamic Republic.

Israel had long been accusing Iran of secretly developing nuclear weapons, alleging that Mohsen Fakhrizadeh, who was a physics professor at Imam Hussein University in Tehran as well as a member of the Iranian Revolutionary Guard, headed a secret Iranian military unit working on nuclear weapons.

Iran has persistently maintained that its nuclear programme is designed to serve purely peaceful purposes.

Mohsen Fakhrizadeh was killed in in the city of Absard in Damavand County, Tehran Province, at about 2.30 p.m. local time (11:00 GMT), when an explosive-laden car detonated near his vehicle. A number of assailants subsequently opened fire on the ambushed car of the scientist, the Iranian defence minister confirmed.

The wounded man was rushed to hospital by helicopter, but did not survive the attack. There has not yet been any official claim of responsibility for the death of Fakhruzadeh. 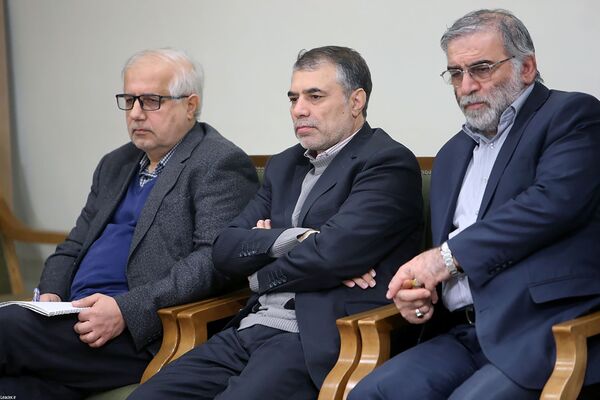 While Israel did not take responsibility for the assassination, writes the outlet, it points to a report in The New York Times that claimed, citing US intelligence officials, that Israeli agents had killed Fakhrizade.

Iran was quick to point the finger of blame at Israel for the death of the renowned scientist. Iran’s President Hassan Rouhani, according to the country’s TV outlets, insisted the killing of Mohsen Fakhrizadeh showed the “depth of the enemy’s despair, and vowed it “will not slow down Iran’s nuclear path”.

Iranian Foreign Minister Mohammad Javad Zarif also said that there were “serious indications” of Israel’s complicity in the elimination of Fakhrizadeh.

According to Axios, Iranian army commander Mohammed Bagheri admitted that the assassination of the leading nuclear expert in the country was a blow to the Iranian defense establishment.

Accordingly, Israeli officials reportedly briefed a spate of media outlets in Israel that without Fakhrizade it will be hard for Iran to continue its nuclear program.

Feeding into the speculations that the current developments might seek to ramp up pressure on Iran while sending a message to the Biden team was the recent trilateral meeting between Secretary of State Mike Pompeo, Israeli Prime Minister Netanyahu and Saudi Crown Prince Mohammed Bin Salman in Saudi Arabia on Sunday, writes the outlet.

Netanyahu, in a meeting with his Likud Party, declined to explicitly confirm the visit.

Amid cited ambitions of the Biden team to return to the 2015 Iranian nuclear deal, reversing a cornerstone of President Donald Trump’s foreign policy in the Middle East, Iranian officials have intimated this would only be possible on the condition that Washington makes some serious concessions and “compensates” Iran for the economic fallout from US sanctions.