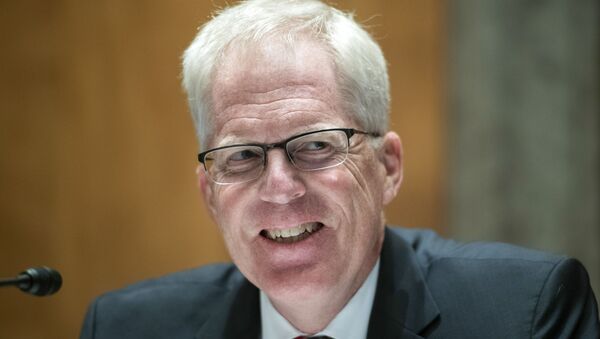 WASHINGTON (Sputnik) - Acting US Defense Secretary Christopher Miller on Friday paid an unannounced visit to Somalia, becoming the first Pentagon chief to travel to the East African country, the Defense Department said in a press release on Friday.

This was Miller's last stop on his four-country tour after Bahrain, Qatar and Djibouti.

"Acting Secretary of Defense Christopher C. Miller celebrated Thanksgiving with U.S. military personnel and contractors at Camp Lemonnier, Djibouti and in Mogadishu, Somalia. He recognized their commitment to mission and relayed his gratitude for the sacrifices they and their families make to protect the freedoms we enjoy and the American way of life," the release said.

Africa
Pentagon Drafting Plans to Withdraw US Troops From Somalia - Reports
On Wednesday, the CNN broadcaster reported, citing a former senior US administration official familiar with the matter, that a Central Intelligence Agency (CIA) officer had died from an injury sustained during a mission in Somalia last weekend. The CIA officer was reportedly a former US Navy Seal, but the identity of the officer has not been made public.

That same day, the US Defense Department's Inspector General said in a report that the al-Shabab Islamist militia has continued its attacks in East Africa, as US forces revised plans to transition security responsibility to Somalia because Somali forces fell short of development "milestones."

US President Donald Trump's administration plans to withdraw about 700 troops from the country soon.