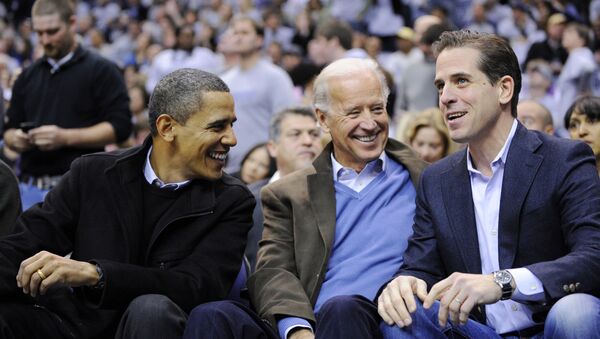 Ekaterina Blinova
All materialsWrite to the author
The election controversy has completely eclipsed the Hunter Biden story, which made the rounds on social media last month. Wall Street analyst Charles Ortel has explained what will happen to the Senate probe into the Bidens' alleged "pay-to-play" schemes and other inquiries into dynastic political families should Joe Biden take office.

Senators Chuck Grassley (R-Iowa) and Ron Johnson (R-Wisc.) have made it clear that they will continue probing foreign deals struck by ex-Vice President Joe Biden's son Hunter in the US Congress regardless of who is sworn into office as the US president in January 2021.

"I'm not going to turn a blind eye", Johnson, the incoming chairman of the Permanent Subcommittee on Investigations on the Senate Homeland Security and Governmental Affairs Committee, told The Hill. "I'm very confident there are probably more financial transactions that will probably be revealed".

The Republican senators, who earlier released a report on the Biden family's questionable business dealings and potential conflicts of interest involving Hunter Biden's foreign associates and his father's political influence, revealed further details about the Bidens' financial operations with overseas companies on 18 November.

Will the GOP Continue Digging Into Hunter Biden?

The fate of the Senate investigation into the Bidens is hanging in the balance given the upcoming Georgia runoffs on 5 January 2021, which will determine the fate of the upper chamber, according to Wall Street analyst and investigative journalist Charles Ortel.

"The Senate investigation will likely continue only if Republicans retain control of that body", he says. "At present, Republicans hold 50 seats, while Democrats and allied independents hold 48 seats. Should Democrats pick up both remaining runoff races, then the Senate would be tied, 50 to 50. If Biden and Harris are inaugurated, then Harris would break any tie vote and hand effective control of the Senate to Democrats, in which event resources to continue full-fledged investigations into Biden family corruption and crimes certainly would be cut off".

The GOP senators' new report is partly based on evidence provided by Tony Bobulinski, a former business associate of Hunter Biden who came forward in October alleging the ex-vice president's participation in his son's business schemes. Having agreed to cooperate with the Senate Homeland Security Committee in October, Bobulinski revealed that he had been interviewed by the Federal Bureau of Investigation (FBI) regarding Hunter's role in Burisma Holdings, a Ukrainian natural gas company.

Still, Ortel expresses scepticism with regard to the potential probe, suggesting that "the odds are minuscule that the Senate or House of Representatives will continue to probe the Bobulinski allegations and matters related to longstanding, extensive Biden family corruption, and vulnerabilities to foreign influences" if Biden wins the Oval Office.

"The mainstream press worldwide is also not likely to further required investigations into claims that seem far more significant than any claims made and pursued against Donald Trump and his allies", the Wall Street analyst believes. 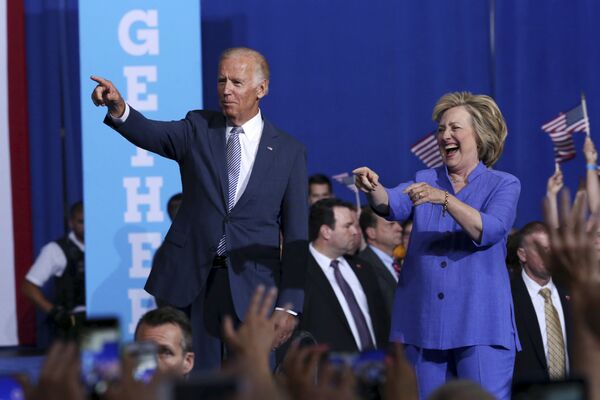 Meanwhile, conservative US media outlets have shed light on yet another potentially damaging episode for the Biden family and its non-profit The Biden Cancer Initiative, founded in 2017 by ex-Vice President Joe Biden and his wife. According to IRS files, the charity gave out no grants in its first two years, but spent millions of dollars "on the salaries of former Washington DC aides it hired", as the New York Post reported on 14 November. In 2019, the non-profit entity abruptly suspended its operations after Joe Biden joined the presidential race. The story was initially reported by the Washington Free Beacon in June 2020.

"As we see from the glacial pace at which massive charity fraud and corruption involving 'charities' close to Bill, Hillary, and Chelsea Clinton may be conducted, shocking defects in many Biden 'charities' seem to be overlooked by the IRS and by the Justice Department", Ortel says. "It almost seems that dynastic political families are allowed to trade money for influence through leaky tax-exempt organisations, as an informal perquisite of office".

Ortel, who has been looking into the Clinton Foundation's alleged fraud for the past several years, has repeatedly drawn attention to a supposed cover-up of the charity's financial and organisational discrepancies by the FBI, DOJ, and IRS for decades.

At the same time, the very same government agencies are eager to go after conservative entities and Republican politicians, the analyst notes, citing a crackdown against the NRA earlier this year and charities operated by the Trump family.

The US mainstream media has remained largely silent about the Bidens' charity controversy, the September Senate report detailing the Bidens' questionable financial transactions, as well as about a hard drive allegedly originating from Hunter Biden's laptop. Much in the same vein, the MSM shied away from shedding light on the new research released by Grassley and Johnson last week.

This trend is likely to continue, according to Ortel, who believes that "it will fall to alternative media to pick up the charge".

"Increasingly, individuals get news and information through search engines and via social media, rather than through traditional media that long has been all for unregulated globalism, for Democrats, and against conservative economic and political thinking", he says.

To illustrate his point, the analyst draws attention to "the crushing drop in audience across Fox News shows since 3 November 2020 over their horrid reporting and 'analysis'" and suggests it "shows how fast the viewing public does react". He predicts that "very quickly, steep declines in viewership for Fox, and across traditional media likely will accelerate declines in all-important advertising revenue".

"Mainstream media continues to lose market share and influence, though its anchors and pundits believe they remain super important and relevant, incorrectly", he concludes.