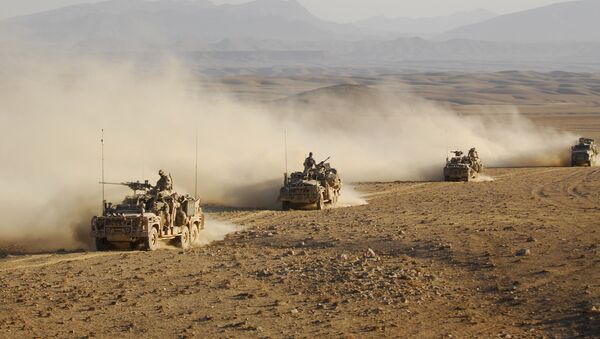 Australia's Department of Defence has initiated an administrative punishment process that may lead to the dismissal of the elite Special Air Service (SAS) Regiment members reportedly involved in war crimes in Afghanistan, the Australian news network ABC cited unnamed sources as saying.

The sources claimed that the Defence Department has already sent "show cause" notices to at least 10 current SAS members, implicated in the alleged war crimes in Afghanistan.

A department spokesperson told ABC that the administrative action against "a number of serving Australian Defence Force personnel" had been launched "in accordance with legislation and defence policy".

"As the Chief of the Defence Force [CDF] said publicly last week, findings by the IGADF Afghanistan Inquiry of alleged negligence by individuals in the performance of their duties have been accepted by the CDF, and allegations will be managed through the ADF's administrative and disciplinary processes", the spokesperson said, adding that each matter will be considered on "a case-by-case basis".

Australia's ABC Raided Over Reports of Nation's Alleged Crimes in Afghanistan
They apparently referred to Defence Force Chief General Angus Campbell telling reporters that all options were on the table in terms of possible punishments for those Australian soldiers accused of the purported war crimes, including stripping them of medals.

The spokesperson, in turn, noted that it was "essential that due process is followed, and that no further comment be made until the process is complete".

The remarks followed Australian Prime Minister Scott Morrison announcing that he would appoint a special investigator to probe and prosecute any alleged criminal misconduct by Australian troops in Afghanistan.

"There were a significant number of incidents and issues to look into, and the investigation would be inherently complex", Morrison told reporters earlier this month, in an apparent nod to the Brereton report.

The document, which was released last Thursday, slammed SAS members' actions in Afghanistan as "disgraceful and a profound betrayal" of the Australian Defence Force.

According to the report, at least 39 Afghans, including civilians and prisoners, were unlawfully killed in 23 incidents allegedly involving Australian special forces.

In all cases, it "was or should have been plain that the person killed was a non-combatant", the document pointed out, identifying 25 perpetrators implicated in the killings.

The findings, in particular, referred to a practice known as "blooding", in which junior soldiers were ordered by their commanders to "shoot prisoners to get their first kill", according to ABC.

Australia sent troops to Afghanistan alongside the US and other allies in late 2001 to combat al-Qaeda* and the Taliban* following the 9/11 attacks, and has remained in the country ever since.

Over the past twenty years, 41 Australian soldiers have been killed and over 260 more wounded in Afghanistan. The Australian troops' current mission includes "mentoring, operational and reconstruction activities" as well as support for Afghan forces.

*al-Qaeda, Taliban, terrorist groups banned in Russia and a number of other countries

000000
Popular comments
Oleg wrote..and other allies in late 2001 to combat al-Qaeda* and the Taliban* following the 9/11 attacks, Why are we following the fake news here Oleg. Do you believe, or do you just have to write.. that OBL2 dropped the Twins? How? With his L pilot who couldn't solo a Cessna172 with 600 logged hours flying.. a hologram? Search..''9/11 Hologram Plane Theory - Bill Cooper RIP Nov 5 2001''.
TommyT
26 November 2020, 14:26 GMT2
000000
The gov turns people of average intelligence into animals then punishes them for their cruel and abhorrent behaviour. Protect the chain of command. I hope those meager dollars were worth it for you average grunts.