World Deaths From Terrorism Fell for 5 Consecutive Years to 13,826 in 2019, New Report Shows 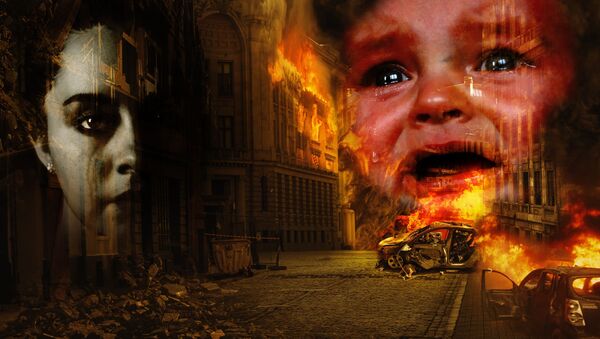 CC0 / /
Subscribe
The Institute of Economics and Peace warned that although terrorism-related deaths and incidents have declined since the COVID-19 pandemic started in March, the disease is likely to present a "new and distinct counter-terrorism challenge".

LONDON, (Sputnik) – Deaths from terrorism around the world fell for five years in a row to 13,826 in 2019 — a 15 percent decrease from the prior year — while North America, Western Europe and Oceania saw an increase in attacks by "far-right groups", the 2020 Global Terrorism Index released on Wednesday by the Institute of Economics and Peace (IPE) showed.

"In 2019, deaths from terrorism fell for the fifth consecutive year, after peaking in 2014," the report said, adding that the largest decrease in terrorism-related deaths was registered in Afghanistan and Nigeria, compared to previous year's figures, while the largest increase occurred in Burkina Faso, where deaths rose by 590 percent.

Globally, 103 countries showed improvement compared to 35 that deteriorated, and there were 63 countries that recorded at least one death from a terrorist attack in 2019, proving that despite the overall fall, terrorism remains a significant and serious threat in many parts of the world, it added.

The index, which compiles incidences, fatalities, injuries and property damage caused by terrorist attacks, said the Taliban was the world's deadliest terrorist group in 2019, although deaths attributed to the Afghanistan-based Islamic organization declined by 18 percent last year.

On the other hand, the strength and influence of the Daesh* also continued to decline, as it was responsible for less than 1,000 deaths for the first time since the group became active.

It noted, however, that Daesh affiliate groups remain active across the world, with 27 countries recording an attack by Daesh or its affiliates, and the Sub-Saharan Africa becoming its main theater of operation last year.

The index has Afghanistan, Iraq, Nigeria, Syria, Somalia, Yemen, Pakistan, India, Democratic Republic of Congo and the Philippines as the top 10 countries that experienced the highest impact from terrorism in 2019, while Central America and the Caribbean region recorded the lowest impact.

Regarding the Western world, the IPE said that North America, Western Europe, and Oceania saw a 250 percent increase in what it terms attacks by right-wing groups, as 89 deaths attributed to such organisations were recorded in the aforementioned regions in 2019 alone.

"One of the more worrying trends in the last five years is the surge in far-right political terrorism, even though the absolute number of far-right attacks remains low when compared to other forms of terrorism," the report said.

The Sydney-based think tank also warned that although terrorism-related deaths and incidents have declined since the COVID-19 pandemic started in March, the disease is likely to present a "new and distinct counter-terrorism challenge," so it advised governments not to curtail counter-terrorism initiatives when coping with the economic crisis caused by the impact of the health emergency.

*Daesh [ISI, ISIL, the Islamic State] - a terrorist organisation banned in Russia and many other countries.