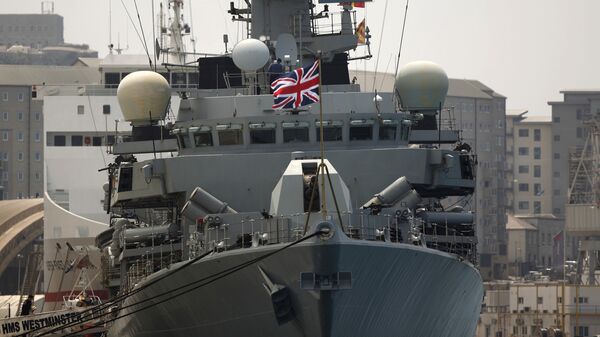 © AP Photo / Laura Leon
Subscribe
Ekaterina Blinova
All materialsWrite to the author
The post-Brexit UK is seeking to expand its economic influence and military presence in the Indo-Pacific region and join the US effort to counterbalance a rising China, say British, Japanese, and US academics, describing the opportunities and challenges that Britain is likely to face if it returns to its "East of Suez" strategy.

On 22 November, the UK centre-right think tank Policy Exchange, described as the largest and most influential conservative entity, issued a report titled "A Very British Tilt" that outlined the country's new post-Brexit strategy in the Indo-Pacific Region (IPR).

According to the think tank, the  report "reflects a broad consensus of views on Britain’s role in the Indo-Pacific region" voiced by former political and military leaders of the UK, Canada, the US, Australia, New Zealand, Japan, South Korea, India, Sri Lanka, and Indonesia. It calls for an increased role of the UK in the Indo-Pacific Region and insists on the necessity to team up with the US in order to confront China's rise. To that end, the newly outlined strategy envisages Britain's membership in Indo-Pacific free trade agreements and the expansion of its year-round military presence in the region.

Post-Brexit UK: Looking to the East, Diversifying Its Trade Relations

"In the Indo-Pacific, Britain has an opportunity to address accusations that its foreign policy is adrift, shift emphasis from its strained relationship with Europe and show a success of Brexit", says Humphrey Hawksley, British author, Asia specialist, and a former BBC Beijing Bureau chief.

While the UK-EU post-Brexit trade deal negotiations have yet to bear fruit, British conservative thought leaders have shifted the focus to the East, outlining a whole set of measures aimed at boosting the UK's trade and investment strategy in the Indo-Pacific. This includes in particular:

·         creating an Indo-Pacific multinational investment treaty "to protect investors from discriminatory practices and allow investors to enter into arbitration under international law";

It is absolutely understandable that the UK needs "alternatives" to preserve its national interests in terms of external relations and foreign policy in the post-Brexit-period, admits Yoshikazu Kato, an adjunct professor at the Asia Global Institute at the University of Hong Kong.

"That is why the Indo-Pacific nations, particularly Japan has initiated inviting the UK to ‘join’ the CPTPP. From the Japanese perspective, it would look like a perfect match if the UK, as a non-Asia-Pacific nation and long-standing liberal democracy could positively engage in the CPTPP and Indo-Pacific framework", the professor says.

The paper's publication came on the heels of the conclusion of the China-led Regional Comprehensive Economic Partnership (RCEP), the world's largest free trade agreement, on 15 November, following eight years of negotiations. The RCEP is made up of ten Southeast Asian nations, as well as China, South Korea, Japan, Australia, and New Zealand, covering roughly 2.3 billion people. 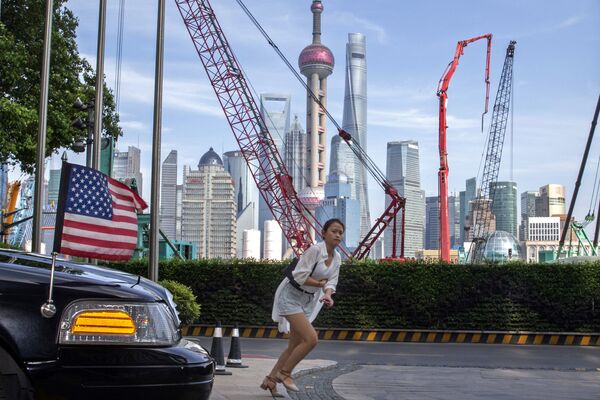 UK Teaming Up With US to "Counter" China's Rise

Meanwhile, the report argues that the "Asia rising" narrative "has too often emphasised the role of China at the expense of the rest of the Indo-Pacific region". It warns about a new China-centric order which is being "increasingly shaped" by the People's Republic's "rapid growth and rise to regional primacy". In this respect, the paper calls for joining the United States in its "increasing strategic competition" with China.

"From the [perspective of] Japanese national interests and strategy, it is completely welcome and strategically positive if the liberal-democratic UK, as one of the most important allies of the United States, could engage in the Indo-Pacific strategy and empower liberal democratic values in the region no matter how China feels in the face of these power struggles and values confrontation", says Yoshikazu Kato.

He notes, however, that China is likely to perceive the UK's new commitment as "containment against the rise of China".

"A larger British presence in the Indo-Pacific would help underpin the United States’ argument that its tensions with China are not bilateral", argues Hawksley. "Central to the policy will be the sailing of the new aircraft carrier, HMS Queen Elizabeth, through the Indo-Pacific next year in what Prime Minister Boris Johnson describes as the country’s most ambitious deployment for two decades".

The UK's military presence in the region would strengthen the "special relationship" with the US and pave the way for "fast-tracking negotiations for a trade deal with the US", something that the post-Brexit UK urgently needs, according to the author.

Britain's explicit strategic pivot to the Indo Pacific "marks the continuation of a trend for the mobilisation of an anti-Chinese alliance in the region", notes John Rennie Short, professor of public policy at the University of Maryland, Baltimore County (UMBC).

"A UK pivot would be welcomed by India, Australia and the US, all eager to provide a deterrent to the rise of China in the region, especially its claims over the South China seas. The UK could become part of a forceful presence in the contested waters of the Indo-Pacific".

The US has imposed pressure on China on multiple fronts since 2017, targeting bilateral trade relations, Beijing's high-tech sector, China's alleged military buildup in the South China Sea, as well as the country's handling of Hong Kong and Xinjiang matters. As part of this strategy, the US called upon its Five Eyes allies to get rid of China-made 5G telecom equipment under the security threat pretext; stepped up Freedom of Navigation Operations (FONOPs) in the South China Sea; and propped up the informal strategic forum Quadrilateral Security Dialogue (QSD) together with Japan, Australia, and India. 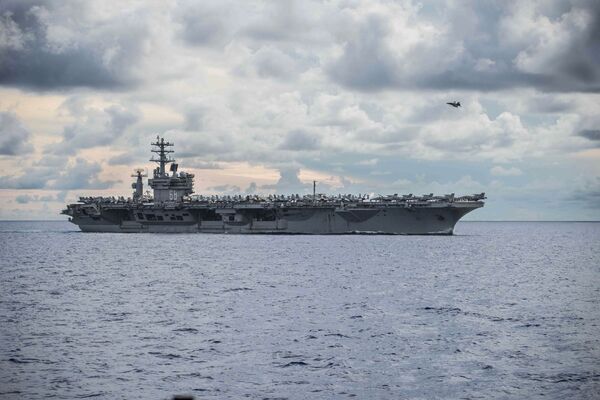 Will Britain Make a Historic Comeback in Indo-Pacific?

The strategy outlined in "A Very British Tilt" represents a major change in Britain's foreign strategy, although the Indo-Pacific region has a longstanding role in the country's politics, according to John Short.

"India and neighbouring Southeast colonies were an important source of wealth for Britain and even as late as 1964, the British defence presence in Southeast Asia was the most expensive element of British military spending", he explains. "Then, in 1968, all UK forces were withdrawn 'east of Suez'. Britain remained involved especially in the financialisation of Singapore and Hong Kong, but was very wary of military involvement".

Nevertheless, while striving to return to the rapidly developing region, London may face a challenge from China "which will not look kindly to a growing UK presence", according to the academic. This situation is complicated by the fact that the UK "has significant financial ties with China", although not being as dependent on Chinese markets as Australia.

"However, whether a UK government will commit much more than perhaps symbolic shows of support for the anti-Chinese coalition now emerging is debatable and highly dependent on changing geopolitical considerations", he concludes.