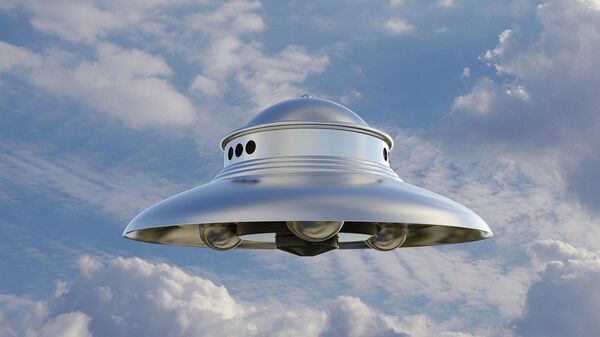 CC0 / /
Subscribe
International
India
Africa
Andrei Dergalin
All materialsWrite to the author
While YouTubers who commented on the video seemed uncertain about the nature of the featured object, one argued that a “cloaking effect” exhibited by the enigmatic shape was likely caused by a “cooling stack”.

Yet another alleged UFO sighting has been brought to the attention of the social media crowd by Scott C. Waring, a prolific blogger with a penchant for pursuing hints of extraterrestrial activity on Earth and in the vicinity of our planet.

This time, he presented a video (the veracity of which could not be confirmed) that was allegedly recorded on 15 November in the vicinity of Hollywood, Florida, depicting what appears to be an object floating in the sky.

"It actually blurred itself out when we started recording it was huge it didn't do much but just sit there and blurred itself out", an eyewitness account presented in Waring's blog claims. "I have tried to Google to find out what it was but I'm coming up with nothing. It was my husband, 2 kids and I who witnessed this".

Waring, who in his blog described the object as a "long grey UFO", noted that "a passenger jet going the opposite direction" can be seen at the beginning of the video, and that "this object would have passed within 100 meters of that jet".

"There seems to be an airport nearby, but this object has no wings, no tail no fins or propulsion of any kind", he mused. "Very strange, and I would bet this object showed up on radar, but because its the location of an airport, it was ignored, because they were too busy".

Waring remarked that the eastern coast of Florida is "inside the Bermuda Triangle", adding that "we know" where the object "came from" and wondering "where was it going".

While YouTubers commenting on the video appeared uncertain about what it actually was, with some suggesting that the object was capable of turning invisible, one argued that "the cloaking effect was caused by a cooling stack", as the people who recorded the vid "were passing several".