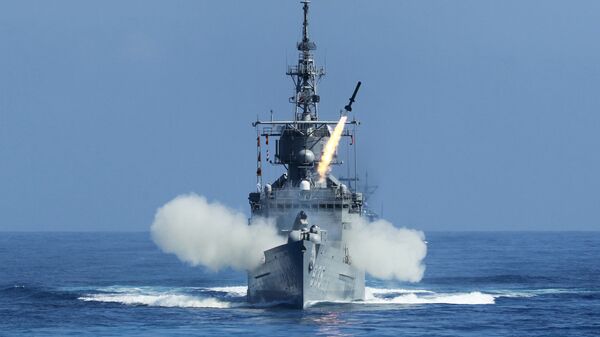 © AP Photo / Wally Santana
Subscribe
International
India
Africa
Morgan Artyukhina
All materialsWrite to the author
Two American think tank fellows who support a close US relationship with Taiwan declined to consider the effect expanding support for the island would have on relations with China in a recent news article, placing sole responsibility for a prospective war on China’s shoulders, when in fact all three governments influence the situation.

A leading Chinese academic has pushed back against claims Beijing risks sparking a war with the US over Taiwan, saying that Taipei and Washington are just as responsible for the quality of the trilateral relationship.

On Thursday, two academics from the Center for Strategic and International Studies (CSIS), a hawkish think tank based in Washington, DC, penned an article in the South China Morning Post (SCMP) that cautioned Chinese President Xi Jinping against launching a war to reunite Taiwan with the mainland.

The article explored two scenarios for a potential war between China and the US: one started by China over Taiwan and one started by the US over the South China Sea. Both scenarios involved unprovoked attacks.

“A military confrontation with the US – which is highly likely if China launches a kinetic attack on Taiwan – could damage Xi’s position and threaten his plans for China’s ‘national rejuvenation,’” the academics noted.

As reasons for prior suspicion, they cited some provocative statements in Chinese state-connected media and an increase in incidents along the edge of Taiwan’s air defense identification zone (ADIZ) in which Taipei has scrambled fighters to warn off Chinese aircraft. The ADIZ, of course, isn’t Taiwanese territory, and Sputnik has reported on China’s legal right to cross the median line in the Taiwan Strait without being fired upon by Taipei.

However, much about the situation was also left out of their analysis, and Zhou Bo, an honorary fellow at the Center for China-America Defense Relations at the Academy of Military Science of the Chinese People’s Liberation Army, decided to set the record straight.

“The development of cross-strait relations is not solely decided by the Chinese mainland. It is, on the contrary, a result of the interaction between Taipei, Washington and Beijing,” Zhou told the SCMP on Friday.

The academics’ piece, for example, made no mention of the billions of dollars worth of weaponry Washington has either already sold to Taipei or is presently in the process of approving. The Trump administration has furnished the autonomous island with F-16V “Viper” fighter jets and advanced torpedoes, and the State Department has approved sale of RQ-9B Reaper drones, long-range cruise missiles, anti-ship missiles, mobile rocket artillery units and more. 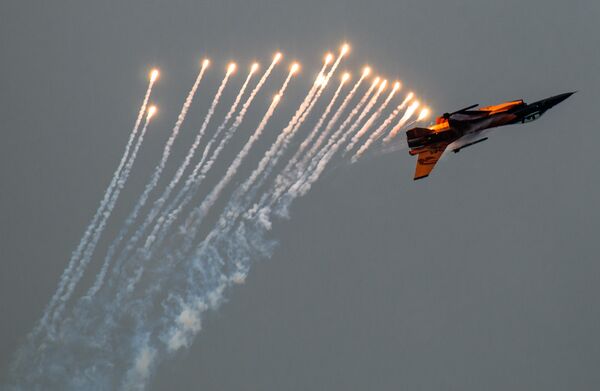 Neither was mention made of several provocative incidents in recent months, such as visits by numerous senior US officials to Taiwan, including US Health and Human Services Secretary Alex Azar and US Undersecretary of State Keith Krach, and US military aircraft flying over the island. US Environmental Protection Agency chief Andrew Wheeler announced on Friday he, too, would visit Taiwan next month.

To Beijing, these are encroachments on Chinese territory,  and the Chinese government has lodged strong complaints and warnings about the US continuing to do so.

"China is firmly opposed to any official exchanges between the United States and Taiwan. This position is consistent and clear," Chinese Foreign Ministry Spokesperson Zhao Lijian said. "China will take the necessary response measures appropriate to the situation's development."

The CSIS thinkers' omission was not for want of knowledge: one of the authors, Bonnie S. Glaser, who heads CSIS’ China Power Project, wrote last month that a task force including her and her SCMP co-author, Jude Blanchette, advised that Washington should consider taking a more provocative stance on its support for Taiwan.

According to the academics, the US must “undertake a high-level, interagency, comprehensive review of Taiwan’s security that includes consideration of whether existing declaratory policy on ‘strategic ambiguity’ is enough for the purposes of deterrence messaging.”

That said, it’s not exactly clear to Taiwanese academics that the US would risk a major war with China over Taiwan even if it did launch an all-out invasion of the island.

Since the US switched its diplomatic recognition of the legitimate Chinese state from Taipei to Beijing in 1979, it has maintained an informal relationship with the Taiwanese government, always walking a thin line between providing it with enough military equipment to fend off a potential Chinese attack but not enough to provoke a strong reaction from Beijing - a position known as “strategic ambiguity.”

Tsai’s Independence Ambitions Enabled by US

Likewise, the government in Taipei, which calls itself the Republic of China and is all that remains of the republican government formed in 1912 after the last Chinese emperor abdicated the throne, has edged toward independence in recent years. Democratic Progressive Party leader Tsai Ing Wen was re-elected to a second four-year term as Taiwanese president earlier this year, and her party has never recognized the 1992 consensus by which Taipei and Beijing agreed there is only one China.

Beijing passed an anti-secession law in 2005 that would provide it with legal precedence to use force if Taipei makes a formal declaration of independence - a consequence Xi has made clear would follow. 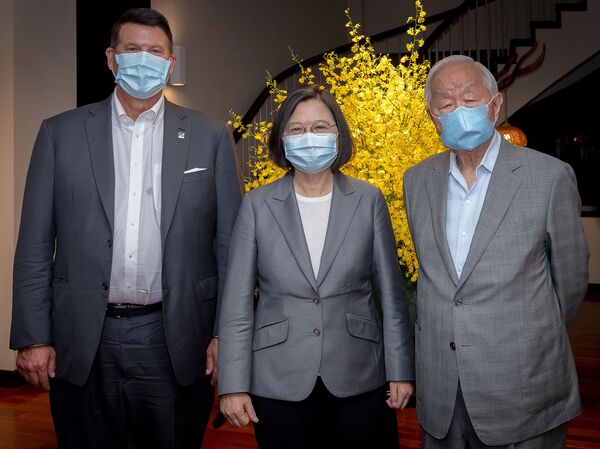 “Now the US is increasingly edging closer to Taiwan, and [President] Tsai Ing Wen holds a totally different stance to developing ties with Beijing when compared to her predecessor Ma Ying Jeou,” Zhou said, noting that Trump administration, which came to power in early 2017, had deeply hurt Beijing-Washington ties, not in the least by encouraging the separatist tendencies of Tsai’s party.

“It’s not 100% sure that a hot war won’t happen between China and the US. This goal [avoiding war] can only be achieved if both countries are working towards it,” Zhou added. “However, if the US continues its provocative actions over Chinese islands and shoals and in the meantime harshly criticises Beijing, what attitude can Beijing have?”