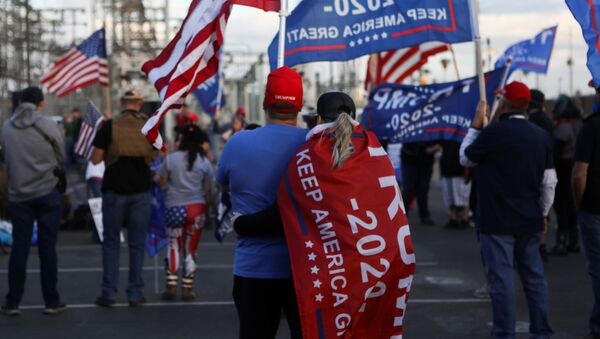 MOSCOW (Sputnik) - US President Donald Trump hinted on Saturday at an upcoming announcement on vote-rigging in the state of Georgia, where a hand recount showed his Democratic challenger Joe Biden still won.

Trump took to Twitter to inform his followers that some information about the voting process in Georgia will be revealed soon.

​Georgia Governor Brian Kemp said late on Friday he had certified the state's presidential election results, which gave the state to Biden, despite the audit process revealing irregularities in several counties.

This came amid the discovery of thousands of uncounted ballots in the original count in Fayette County amid the state’s audit of the election. It resulted in the decision of the Board of Elections in Georgia's Floyd County to oust Chief of Elections Clerk Robert Brady. However, Rome City Commissioner, Wendy Davis, told Fox 5 Atlanta that the ballots had not been properly counted due to a "human error" and not because of "some big fraud or conspiracy". 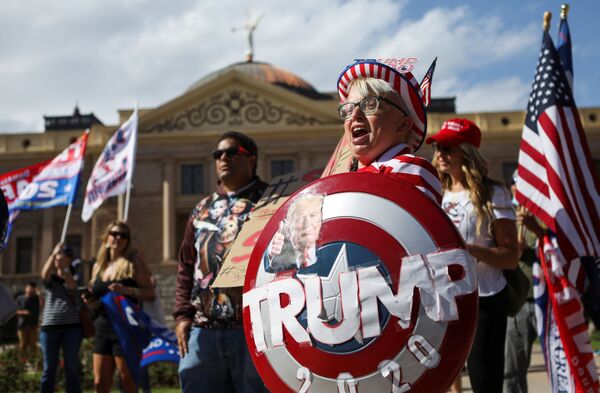 Supporters of US President Donald Trump gather at a “Stop the Steal” protest after the 2020 US presidential election was called for Democratic candidate Joe Biden, in front of the Arizona State Capitol in Phoenix, Arizona, US, November 7, 2020
© REUTERS / Jim Urquhart

Biden is projected by every major US media outlet as the winner, having gained overall 79.7 million votes (51.1%) to Trump’s 73.7 million (47.2%). Trump, who has refused to concede, has filed lawsuits in multiple states to block certification, alleging vote fraud.

Earlier this week, Trump's campaign lawyer Rudy Giuliani held a press briefing during which he accused leaders of Democrat-run cities in key battleground states of carrying out a co-ordinated, "centralised" campaign of voter fraud to rob Trump of victory.