Over 845,000 Chickens to Be Exterminated in Japan Over New Outbreaks of Bird Flu, Reports Claim 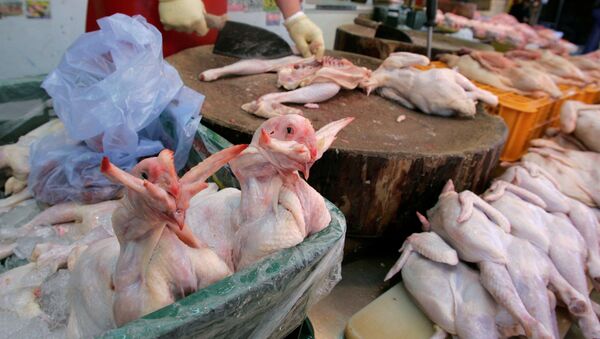 TOKYO (Sputnik) – Over 845,000 chickens will be culled in the Japanese prefecture of Kagawa over two new outbreaks of a bird flu on the island of Shikoku, Japanese media reported on Friday.

On Thursday, media reported that a large number of birds had died at two farms in Kagawa. Further tests confirmed that they had been infected with a bird flu, as Japanese authorities discovered a sixth and seventh outbreak in just the last several weeks.

Not transmissible to humans, the highly pathogenic H5 flu was first detected at a bird farm near Kagawa’s city of Mitoyo, where nearly 4,000 chickens died between November 1 and 4. On November 13, Russia imposed restrictions on poultry imports from Japan over the bird flu outbreaks.