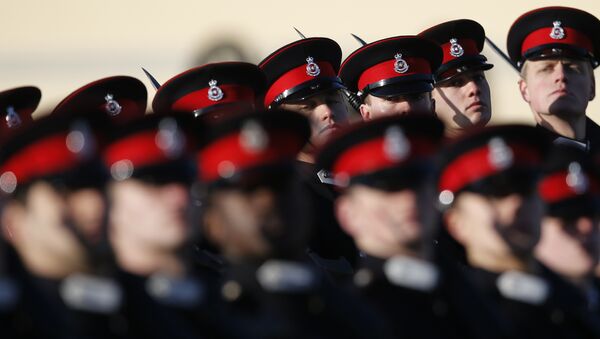 © AP Photo / Alastair Grant
Subscribe
Ilya Tsukanov
All materialsWrite to the author
Britain already holds the number two spot among NATO countries’ total defence outlays, spending between 2.1 and 2.85 percent of the nation’s gross domestic product on the military, in accordance with US President Donald Trump’s demand that all alliance members devote at least 2 percent of their GDP to defence.

The UK will beef up defence spending by nearly 10 percent over the next four years, with more than £16.5 billion ($21.9 billion) to be invested, and outlays directed to upgrading the country’s ‘outdated’ equipment and improving its next-generation capabilities, Defence Secretary Ben Wallace has said.

“When I looked across at the armed forces today I saw them with equipment that was out-of-date, I saw our adversaries across the world having better equipment, the ability to attack us and harm us getting wider and wider from our capabilities,” Wallace said, speaking to the BBC on Thursday.

“We have to move with the threat. If we don’t learn from the threat we will end up fighting yesterday’s battles,” the defence secretary, who has sought to increase military spending since stepping into office mid-2019, added.

Wallace also stressed that the need to “let go of some older capabilities” will need “money to first of all create the headroom to invest.” He specified that the programmes which would receive more money include “electronic warfare, signals intelligence,” and “long-range fires,” (ie missiles). 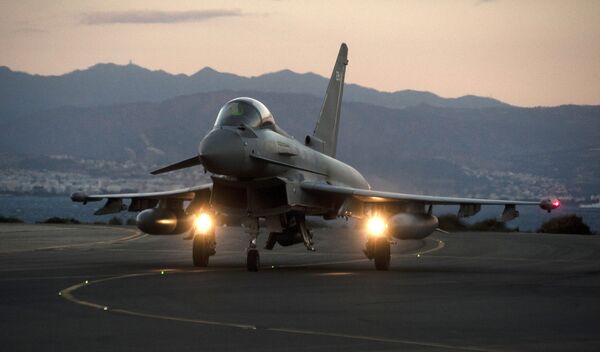 A British Royal Air Force Eurofighter Typhoon fighter jet is seen on the tarmac at the British airbase at Akrotiri, near Cyprus' second city of Limassol on December 3, 2015
© AFP 2022 / IAKOVOS HATZISTAVROU

Wallace’s comments follow Prime Minister Boris Johnson’s announcement on Wednesday that London would pump at least an additional £4 billion into defence between now and 2024 to provide the country with next-generation capabilities. The new spending will tack about 10 percent onto the current defence budget of about £40 billion pounds ($52.9 billion), and is projected to be the biggest rise in spending since the Cold War.

Johnson justified the spending by citing his Government’s commitment to the “defence of the realm,” which he said “must come first.” He also pointed to what he said was an increasingly dangerous and competitive world.

“The international situation is more perilous and more intensely competitive than at any time since the Cold War and Britain must be true to our history and stand alongside our allies. To achieve this we need to upgrade our capabilities across the board,” Johnson said.

London said its investment will include spending on space warfare, an ambitious cyber defence project dubbed the National Cyber Force, and a new agency devoted to emergent artificial intelligence capabilities. The Government has pledged to create up to 40,000 new jobs via the additional spending.

US acting defence secretary Christopher Miller welcomed the UK’s plans to raise spending, saying that London’s “commitment to increased defence spending should be a message to all free nations that the most capable among us can – and must – do more to counter emerging threats to our shared freedoms and security.”

UK PM Johnson Faces Backbench Revolt if He Pushes for COVID Lockdown Extension
Calling Britain “our most stalwart and capable ally,” Miller said the spending boost would ensure that the UK’s military remains “one of the finest fighting forces in the world”.

Johnson is expected to announce the spending plans formally in the House of Commons later Thursday.

The growing military spend will tack billions of pounds on to the the UK’s massive public debt, which exceeded 100 percent of GDP in June, reaching £2 trillion, and is expected to grow further amid the Government’s measures against the coronavirus, including lockdowns, increased medical spending and financial aid for businesses affected by the crisis.

NATO’s military spending is more than 15 times that of Russia, which the bloc considers its primary potential adversary. The alliance spent $1.035 trillion on defence in 2019, and Russia spent $65.1 billion (about 6 percent of that) during the same period, according to figures from the Stockholm International Peace Research Institute.