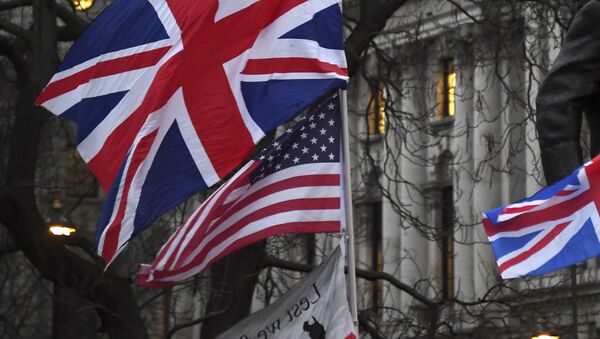 Sofia Chegodaeva
All materialsWrite to the author
This comes as the UK has been involved in difficult negotiations with the EU concerning its post-Brexit trade agreement.

Britain is not pinning all its hopes on a trade deal with the United States to the extent that it will overlook agreements with other countries, international trade secretary Truss told Reuters on Thursday, adding that the US is Britain's "largest single-country trading partner".

Asked by the news agency whether she felt that Britain had put too much focus on agreeing a trade deal with President Donald Trump to the detriment of doing deals with other countries, Truss said: "By no means are we entirely focused on the US but it is our largest single-country trading partner."

Earlier this week, UK Business Secretary Alok Sharma said that the country still hopes to reach a Brexit trade deal with the EU despite the fact that "there is still some way to go and we need to make sure that the EU understands that the UK is a sovereign nation". 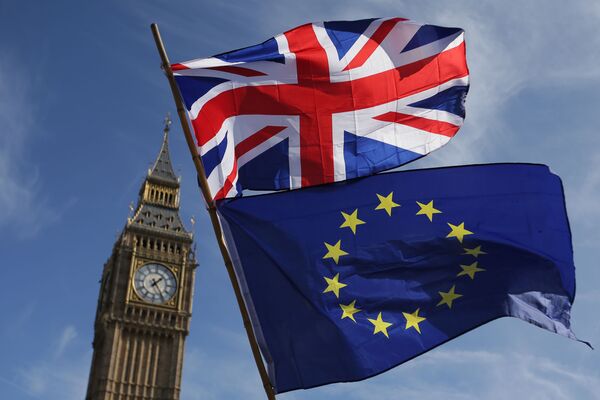 In this file picture taken on March 25, 2017 an EU flag and a Union flag held by a demonstrator is seen with Elizabeth Tower (Big Ben) and the Houses of Parliament as marchers taking part in an anti-Brexit, pro-European Union (EU) enter Parliament Square in central London, ahead of the British government's planned triggering of Article 50 next week.
© AFP 2022 / DANIEL LEAL-OLIVAS

After the UK left the EU on 31 January, both sides entered an 11-month transition period to discuss their future trade relations. If no compromise is found before the end of the year, the WTO rules will take effect in January, including customs tariffs and full border checks for goods which are crossing the English Channel.

Apart from the EU, the UK has been holding trade talks with countries that currently have no EU trade deals: the US, Australia and New Zealand.

During the Brexit referendum campaign in 2016, senior figures in the Leave campaign said that a UK-US trade deal would be one of the major benefits of Brexit. Although formal negotiations between London and Washington are yet to begin, both the UK and US administrations have repeatedly emphasised their keenness to agree a trade deal quickly.