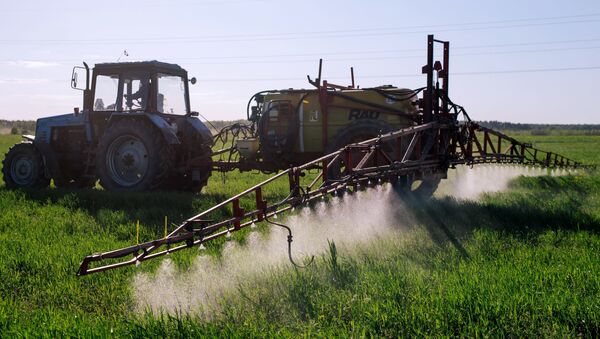 Oleg Burunov
All materialsWrite to the author
The use of conventional fertilisers typically results in an excess of nitrogen compounds, which in turn causes a negative impact on the quality of soil and water.

Scientists from Russia's Tomsk Polytechnic University (TPU) have created a new technology to manufacture so-called "smart" fertilisers that can be extracted from mining waste.

In their study, which was published in the journal Applied Clay Science, TPU researchers pointed out that the new fertilisers provide sustainable nutrition of plants and help prevent nitrogen pollution of the environment.

The scientists explained that using nitrogen-based fertilisers leads to an excess of nitrogen compounds, which negatively affects the quality of soil and water, while the use of "smart" fertilisers with a prolonged or controlled nitrogen release rate helps to solve this problem.

According to the researchers, such complex fertilisers include stabilisers, such as polymers, that inhibit the release of nitrogen. TPU scientists decided to replace the polymers with phyllosilicates, clay minerals possessing a layered structure that are 1.5-3 times less expensive than polymers on average.

Maxim Rudmin, associate professor from the TPU's Geology Department, said the scientists had managed to determine the activation intervals at which nitrogen compounds enter the structure of phyllosilicates, also describing subsequent changes in the residual nitrogen that forms films on mineral particles.

"As a result, we have obtained a product with two types of nitrogen, each of which will have its own rate of release in soil", the professor added.

Russian Scientists Come Up With Simple Method to Determine If Nuts and Dairy Products Contain Poison
"This allowed us to select the optimal parameters - the ratio of mineral and nutrient, as well as time and type of activation - to obtain composites with the required structure", Rudmin concluded.

The study was сonducted in cooperation with researchers from Russia's Tyumen State University and within the framework of a joint project of the Russian Foundation for Basic Research and the Indian government's Department of Science and Technology.