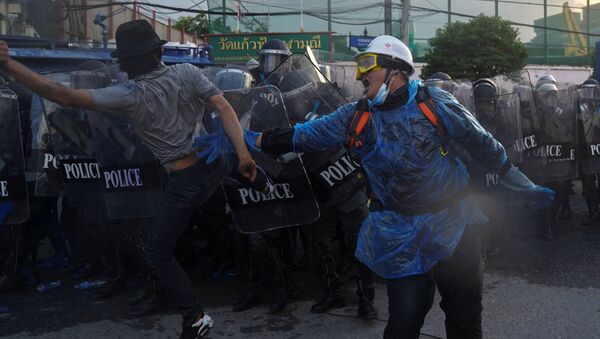 Since the contested 2019 general election Thailand has been facing protests, with the participants demanding the resignation of Prime Minister Prayut Chan-o-cha, who staged a military coup in 2014 and governed the country as the prime minister. Among other demands is a change of the constitution as well as reform of the monarchy.

Sputnik is live from Bangkok as protesters gather in the Thai capital for a second day as the parliament is voting on amendments to the country's constitution.

The proposed legislation intends to amend the chapters of the fundamental law pertaining to the monarchy and sovereignty.

Thailand has been swept by protests this year, with demonstrators demanding that the powers of the king be curbed and calling on Prime Minister Prayut Chan-o-cha, who came to power after a coup in 2014, to resign.