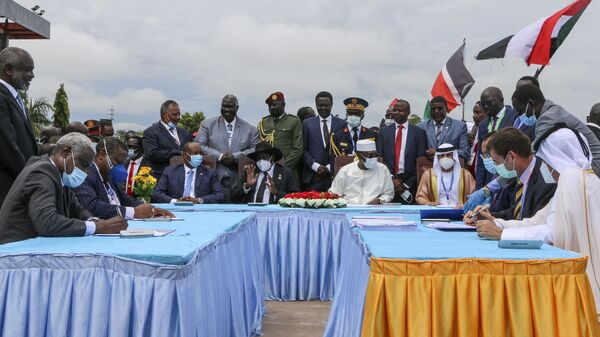 Morgan Artyukhina
All materialsWrite to the author
Many of the rebel groups that refused to lay down arms after the 2019 overthrow of Sudanese President Omar al-Bashir have recently signed peace agreements with the new government, but others with more hardline positions have remained ambivalent about giving up the fight.

South Sudanese chief negotiator Tut Gatluak reportedly told Sudan TV in a recent interview that Nur had accepted an invitation from South Sudanese President Salva Kiir to join the talks, and flown from Paris to Kampala, Uganda, with the intention of arriving in Juba later this week.

Several other rebel leaders from the Sudan Revolutionary Front (SRF), a loose alliance between rebel groups in Darfur and the Blue Nile-based Sudan People’s Liberation Movement-North (SPLM-N), penned a peace deal with Khartoum in October that Nur rejected at the time.

The BBC called him “a serial naysayer,” noting the SLM-AW’s position that it would not negotiate until peace was established in Darfur and those responsible for the violence, which has included genocide, are handed over to the International Criminal Court (ICC) and their militias disbanded. 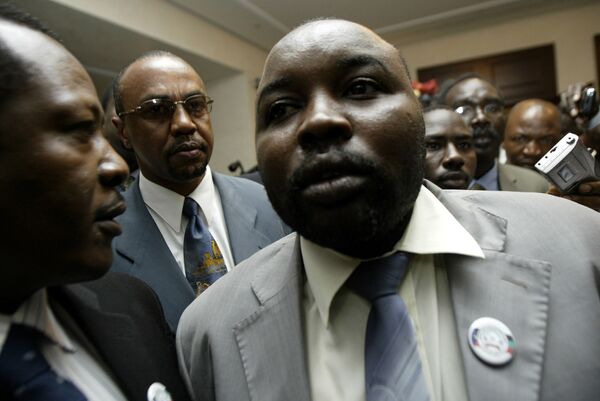 Abdelwahid Muhamed El Nur of the main rebel Sudan Liberation Army in front together with other members walk out of the meeting in Abuja, Nigeria, Friday, May 5 2006.
© AP Photo / GEORGE OSODI

According to the Associated Press, the October deal provides self-rule for the provinces of Blue Nile, South Kordofan and West Kordofan, where much of the fighting over the last 17 years has taken place, and integrates the SRF militias into the Sudanese military.

As the SRF leaders arrived in Khartoum on Sunday, Sudanese Prime Minister Abddalla Hamdok hailed the “true launching” of the peace process.

“Today, we launch the first steps to end the suffering of displaced people and address their issues,” Hamdok said, according to AP.

Another major rebel holdout, Abdel-Aziz al-Hilu of the SLPM-N, Sudan’s largest single rebel group, has also entered peace talks. The Sudan Tribune reported earlier this month that the secular SLM/A had rejected proposals from the government in Khartoum they felt did not adequately provide for separation of religion and the Sudanese state.

During the decades of rule by Bashir, the various rebel groups found common cause fighting against his government, and after 2003, defending sedentary towns in western Sudan from the Janjaweed militias deputized by Bashir as a counterinsurgency force. While South Sudan, under the control of the Sudan People’s Liberation Movement, became independent following a 2011 peace deal, other groups in the border regions fought on.

According to the United Nations, more than 300,000 people are estimated to have been killed and 2.7 million displaced by the wars in Darfur.

📍Our latest update on the situation and humanitarian response in West Darfur, Sudan, where violence has displaced 40,000 people.https://t.co/13cMEq8LaV

When Bashir was overthrown amid months of sustained mass resistance in April 2019, the SRF resisted joining the new government, objecting to the power-sharing agreement with the military - concerns that have since evaporated with the transition to civilian rule.

In late October, ICC chief prosecutor Fatou Bensouda told reporters she would be pursuing charges of war crimes and genocide against Bashir and his surrogates “without further delay,” according to Al Jazeera.

While the peace deal with the SRF included provisions for setting up a special court to try Bashir, who presently sits in a Sudanese prison, Hamdok has opposed simply handing him over. He told Financial Times in an October interview he might consider trying Bashir in a “hybrid court,” but that he preferred reforming the Sudanese judiciary so that they could hold the trial themselves.