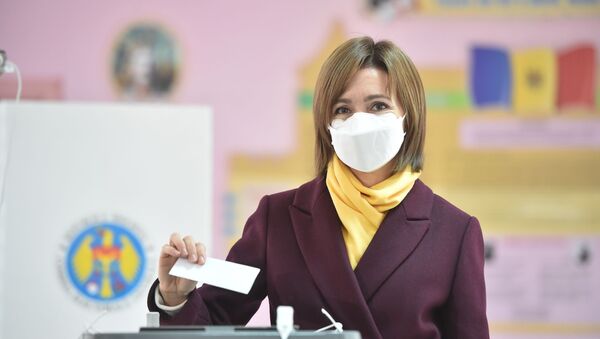 The Kremlin spokesman expressed the belief that the bilateral relations should be mutually advantageous and take into consideration the interests of both countries.

"Russia respects the decision of the Moldovan people, the Kremlin spokesman stressed.

"I hope that your work as the head of state will contribute to the constructive development of relations between our countries. This certainly serves the vital interests of the Russian and the Moldovan people," Putin said in his message, released by the Kremlin.

Moldovan President Igor Dodon congratulated Maia Sandu on "preliminary results", which showed that she won the presidential runoff, but remarked on the high number of irregularities.

"Preliminary results show that Maia Sandu won. I congratulate her on that preliminary result, but the election process will be completed when all the reports of breaches will have been checked," Dodon said.

"My campaign registered an unprecedented number of breaches during the election, we will check them all," Dodon said.

The incumbent president asked his supporters to avoid taking to the street and called on Sandu to ask the same of her supporters. The president said he would go to the election commission and to court to protect interests of the people.