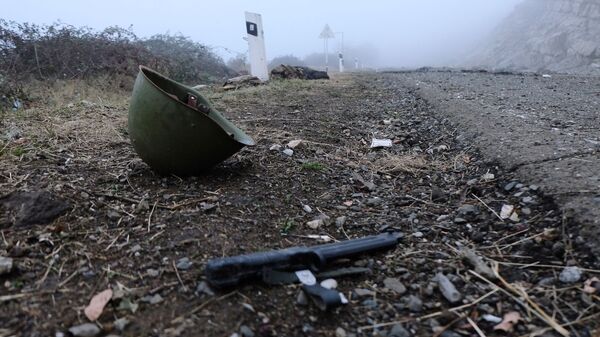 Oleg Burunov
All materialsWrite to the author
Last week, the heads of Armenia, Azerbaijan, and Russia signed a joint declaration that put an end to the six-week conflict in the disputed region of Nagorno-Karabakh.

Armenia's Prime Minister Nikol Pashinyan said on Monday that hundreds of Armenian servicemen remain missing as a result of the escalation of the Nagorno-Karabakh conflict.

"We hope to find some of them alive. Yesterday, we found a wounded soldier who was previously listed as dead", Pashinyan said during an online press conference.

He added that an exchange of prisoners will begin after the two sides wrap up the process of exchanging the bodies of all those killed in the hostilities. Pashinyan expressed hope that a day of national mourning would be declared in Armenia after completing the exchange of bodies. 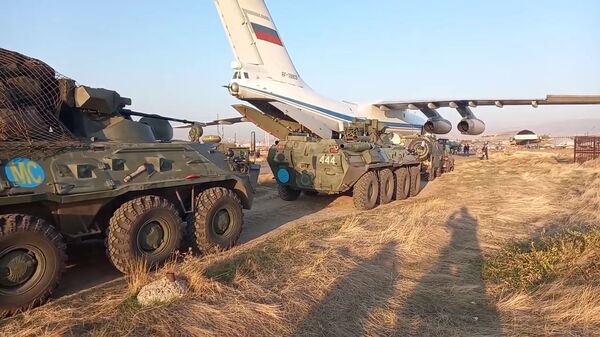 Armenia earlier reported the deaths of more than 2,300 of its soldiers in the Nagorno-Karabakh conflict's latest escalation, while Azerbaijan has not yet disclosed its military losses.

Pashinyan's statement comes a few days after he agreed to withdraw Armenian forces from Nagorno-Karabakh as well as hand over a number of territories to Azerbaijan, in line with a Russia-brokered peace deal between Baku and Yerevan that took effect on 10 November.

Ceasefire in Nagorno Karabakh: Key Points of Deal to Stop Hostilities Between Armenia and Azerbaijan
Under the accord, Azerbaijan and Armenia will stop at their current positions and exchange prisoners, and almost 2,000 Russian peacekeepers will be deployed to Nagorno-Karabakh. Russia has already sent more than 1,100 peacekeepers to the region along with 1,168 pieces of military and support equipment.

On Saturday, the commander of the Russian peacekeeping contingent, Rustam Muradov, said that Armenia and Azerbaijan are adhering to a ceasefire in Nagorno-Karabakh, and that the situation in the war-torn region is stabilising.

The decades-old conflict escalated into large-scale fighting on 27 September, when Armenia and Azerbaijan accused each other of launching artillery, missile, and air strikes in Nagorno-Karabakh, an Armenian-majority region, where tensions have persisted since 1988 and finally led to the region declaring independence amid the breakup of the Soviet Union in 1991.

Between 1992 and 1994, Yerevan and Baku fought a brutal war for the territory that claimed the lives of over 30,000 people, also displacing at least 1.1 million others. Thousands more have been killed in the conflict's frequent flare-ups since then.