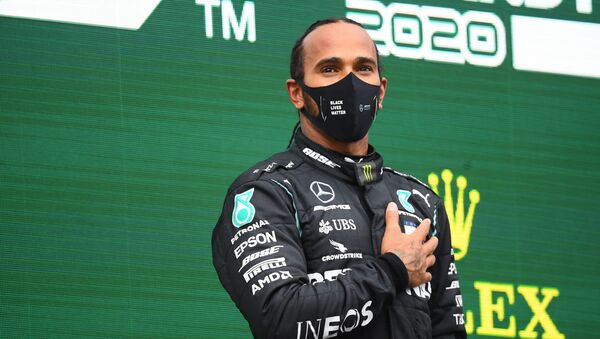 "I'm definitely a bit lost for words. A huge thanks to the team. To Team LH for sticking with me for all these years. And to my family. This is way, way beyond our dreams. It's so important for kids out there to see this... Don't listen to anyone who tells you you can't achieve something. Dream the impossible. Speak it into existence. You've got to work for it, chase it, and never give up!" Hamilton said.

The emotions spill out, as @LewisHamilton conquers the world for the seventh time ❤️👑#TurkishGP 🇹🇷 #F1 pic.twitter.com/KzqVKysLqL

The Mercedes Benz racer wrapped up the 2020 Formula 1 seasons three tours early by winning in Istanbul Park, after coming in first in all but five of this season’s tracks and leaving competition unable to catch up.

This is Hamilton’s fourth consecutive title and the sixth which he secures with Mercedes, having won a 2008 trophy with Maclaren.