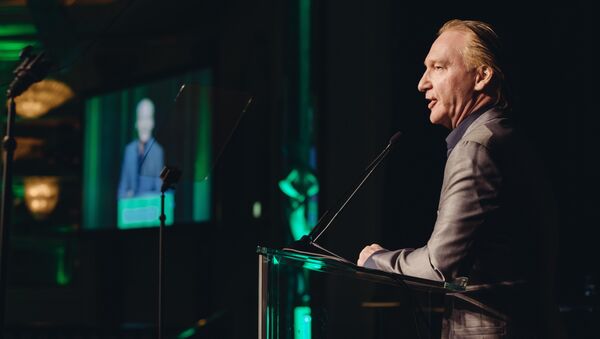 Matthew Daniel
All materials
Maher’s tirade comes hot on the heels of similar critiques by Democrat politicians, such as Rep. Conor Lamb of Pennsylvania, who recently said that the party’s Woke rhetoric should be “dialled back” adding that “it needs to be rooted in common sense.”

American television personality, Bill Maher, has pointed to the Democrat Party’s embrace of “hypersensitive, woke BS” to explain their inability to gain a majority in the Senate in the 2020 election.

Before the election, Democrats spoke up the likelihood of a “blue wave” and said that they would flip the Senate in their favour, but ended up failing to do so, and in fact lost some of their seats in the House of Representatives.

Moreover, despite many senior Democrats advocating the cause of racial justice, and figures such as representatives  Alexandria Ocasio-Cortez’s and Ilhan Omar’s support for the defund the police agenda, Maher pointed out that the number of people from ethnic minority communities who voted Democrat actually dropped compared to previous years.

“This idea of purity and you’re never compromised, and you’re always politically woke and all that stuff — you should get over that quickly.” -
@BarackObama #BlueRipple pic.twitter.com/njTtayegxW

“In a year that was so much about making people aware of racism, their share of minority votes went down. The message to Democrats from so much of the country seems to be, 'We don't like Trump but we still can't bring ourselves to vote for you,’” Mr Maher said.

“Either liberals can either write off half the country as 'irredeemable' or they can ask what is it about a 'D' next to a candidate's name that makes it so toxic” Maher argued.

The well-respected polemicist and self-described liberal then turned to the example of Democrat representative of Arizona, Ruben Gallego, a man of Colombian and Mexican ancestry, who recently called for the Democrats to drop their use of the term “Latinx” and to employ the oft-used term “Latino.” Maher argued that such terms do not represent the political opinions of the masses, and are used by “pandering white politicians who mistake Twitter for real people.”

Pointing to a recent comment by Rep. Conor Lamb of Pennsylvania which said that Democrats need to once again embrace a position of “common sense” over divisive identity politics, Maher said that, “there, in my opinion is the crux of the problem … Democrats too often don't come off as having common sense to a huge swath of Americans.”

“You have to wear everything your side does. Republicans are the party of don't wear masks, kids in cages, lock her up, and Democrats are the party of every hypersensitive, social-justice-warrior woke bulls**t story in the news. They're the party that disappears people or tries to make them apologize for ridiculous things,” Maher opined.