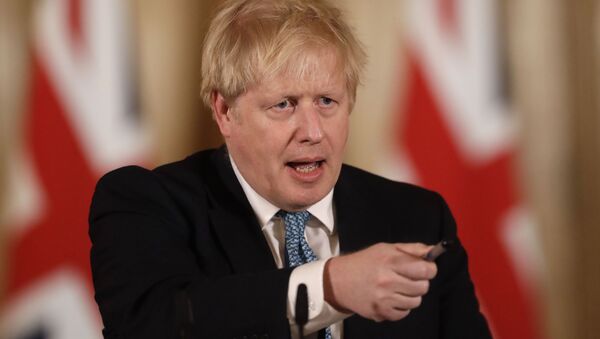 Ekaterina Blinova
All materialsWrite to the author
UK PM Boris Johnson has found himself facing a dilemma: the projected winner of the 2020 US race, Joe Biden, does not see him as "one of the boys" but rather as a Trump-style politician, notes British political analyst Alan Bailey, explaining why the UK PM rushed to pledge allegiance to Biden on 7 November.

The outcome of the US election is still unclear, with President Donald Trump raising concerns over alleged voter fraud. However, the apparent election debacle has not prevented some of the world's leaders from congratulating Joe Biden, the projected election winner, on his "victory" in the 2020 race. In contrast, Russia and China are waiting for the official results of the US presidential race, along with some other global players.

What's Behind Johnson's Change of Heart?

On 7 November, UK Prime Minister Boris Johnson congratulated Biden on "his election as president of the United States" and was heard referring to Trump as the "previous president" a few days later.

"One of the many merits of the excellent conversation I had yesterday with President-elect Joe Biden was that we both strongly agreed on the need, once again, for the United Kingdom and the United States to stand together, to stick up for our values around the world, to stick up for human rights, to stick up for global free trade, to stick up for NATO, Mr. Speaker, and to work together in the fight against climate change," the Prime Minister told British MPs on 11 November.

However, the Electoral College is due to consider the matter on 14 December, while the US Congress will convene to count electoral votes on 6 January 2021. Currently, neither have the US states certified the election outcome, nor has the General Services Administration (GSA) head has given the green light to the transition yet.

Trump and Johnson have long been seen as like-minded partners when it comes to Brexit and a US-UK trade deal. In 2019 Politico called their relationship "very special".

Johnson's political manoeuvre has raised some eyebrows and prompted Former Home Secretary Sajid Javid to allege during his Sunday interview with Sky News that the British Prime Minister's closeness to Donald Trump had been "completely overstated".

In fact, the British Prime Minister had no other options on the table, suggests UK-based political analyst Alan Bailey, commenting on what seems to be Johnson's abrupt change of heart.

"The UK Government knows that Johnson will not be seen as a close friend by Biden," Bailey says. "Johnson is way too traditionally minded, politically incorrect and outspoken for him to be taken into the inner-circle as he has been with Trump and [ex-UK PM] Tony Blair was with Bill Clinton and George W. Bush. He had to take a risk by making an early call to prove how eager he is to play along with Biden no matter their differences." 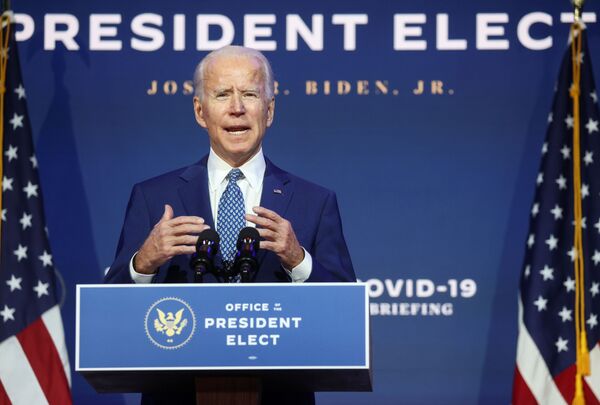 Nevertheless, these manoeuvres may not help the British Prime Minister in case Biden wins, according to the analyst. According to CNN, Biden was said to have described Johnson as a "physical and emotional clone" of Trump last December. Apart from that, Biden and his entourage remain very critical of Boris Johnson's Internal Market Bill, the cornerstone of his Brexit strategy.

The bill is claimed to pose a threat to the 1998 Good Friday Agreement between Northern Ireland and the Republic of Ireland, currently an EU member state, as it shields the UK internal market from the European bloc, overriding the Withdrawal Agreement. During the 11 November phone call, Biden warned Johnson against violating the 1998 accords. Furthermore, in his 16 September tweet, the ex-vice president threatened No 10 with not concluding a trade agreement with the UK in case a "hard border" is reinstated in Ireland between the Republic and Ulster.

​The UK is so deeply subservient and dependent on the US that relations with them are vital to the economy and functioning of the Armed Forces amongst many others too, according to the British analyst.

Given the election controversies in the US, the British government has found itself between the devil and the deep blue sea, being forced into a delicate balancing game between the Trump and Biden camps while trying to reach its longstanding geopolitical objectives, according to the political analyst.

"To be honest, I think [Trump and Biden] will have many more important things on their mind than what the UK is doing in this respect, but once the smoke has settled we may well see negative repercussions," he concludes.