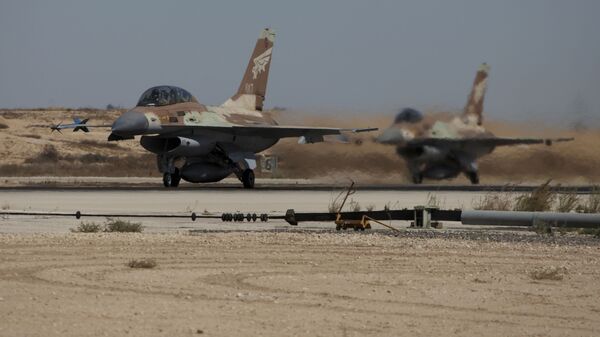 Ilya Tsukanov
All materialsWrite to the author
Ahead of the election, the Biden campaign hinted at the need to “renegotiate” the Joint Comprehensive Plan of Action Iran nuclear deal, an idea which Tehran rejected out of hand. Israel lobbied Washington intensely to pull out of the JCPOA, and has threatened military action against Tehran should the latter obtain nuclear weapons.

“Israel follows the Begin Doctrine, which means that they will not accept a hostile state having the most destructive weapons on Earth,” McMaster said, speaking to Fox News.

The former official was referring to the Israeli government’s policy of carrying out ‘preventative’ attacks against potential adversaries suspected by Tel Aviv of developing weapons of mass destruction. The doctrine was formulated in the 1960s, but was named after Israel's prime minister between 1977 and 1983, Menachem Begin, who attacked Iraq's Osirak nuclear reactor outside Baghdad while it was still under construction in 1981. The doctrine is illegal under international law, which prohibits the concepts of pre-emptive strikes and preventative warfare.

“We’ve seen this in the past with Israeli Defence Force strikes in Syria. Remember 2007 when North Korea was helping to construct a nuclear weapons facility in the Syrian Desert, and the IDF struck that and [carried out] similar strikes in Iraq earlier than that? So I think it’s a possibility,” McMaster continued, referring to the IDF’s ‘Operation Outside the Box’ in September 2007.

Syrian authorities repeatedly dismissed claims that the facility attacked in 2007 was a ‘nuclear site’, with President Bashar al-Assad saying it would have been “foolish” for Damascus to construct a nuclear site in the desert without any air defences. In 2009, Syrian officials told the International Atomic Energy Agency that the attacked site was a missile storage depot.

Returning to JCPOA Would Be ‘Big Mistake’

McMaster also brought up the Iran nuclear deal, saying that it would be “a really big mistake” for Washington to return to the agreement. Calling the JCPOA a “fundamentally flawed” treaty, McMaster suggested that it didn’t take into consideration Tehran’s “hostile ideology of the regime,” as well as its “four-decade-long proxy war against us”, including an attempt to put “a proxy army on the border of Israel”.

In recent days, American and Iranian officials have publicly commented on the prospect of Washington returning to the nuclear deal, with the Biden camp reportedly considering “renegotiating” the treaty. Iranian Foreign Minister Mohammad Javad Zarif dismissed this sentiment, saying that although Tehran would be prepared to “re-engage” with the United States, “re-engagement does not mean renegotiation,” but rather “the US coming back to the negotiating table.”

On Thursday, Trump's special representative for Iran and Venezuela, Elliott Abrams, said there was bipartisan unity in Congress for making “changes” and “modifications” to the JCPOA before the US would even consider rejoining it.

‘Enough is Enough’: Iran’s Zarif Calls on World Community to Force Israel to Destroy Its Nukes
Iran, the United States, Russia, China, France, Germany, the United Kingdom and the European Union signed the landmark Joint Comprehensive Plan of Action nuclear deal in 2015, whereby the parties would grant sanctions relief to the Islamic Republic in exchange for a rollback of its nuclear programme and a pledge not to develop nuclear weapons. The Trump administration unilaterally pulled out of the treaty in 2018, and reintroduced crippling sanctions against Tehran. In 2019, Iran began increasing its stocks of enriched uranium, citing the JCPOA’s European signatories’ failure to live up to their promise to try to protect Iran’s economy from US sanctions. To date, the country’s enrichment levels remain well below those required to build a nuclear device, and Iran has said consistently that it has no intention of pursuing nuclear weapons or weapons of mass destruction of any kind.
Newsfeed
0
Access to the chat has been blocked for violating the rules . You will be able to participate again through:∞. If you do not agree with the blocking, please use the feedback form
The discussion is closed. You can participate in the discussion within 24 hours after the publication of the article.
To participate in the discussion
log in or register
loader
Chats
Заголовок открываемого материала