US Stocks Plunge at Market Opening as COVID-19 Cases Rise 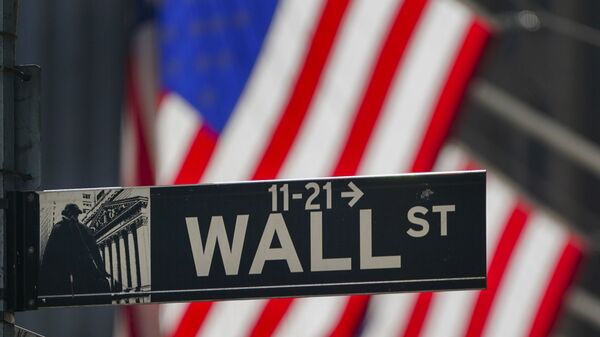 Aleksandra Serebriakova
Sputnik correspondent specializing in foreign affairs.
All materialsWrite to the author
On Wednesday, US witnessed the latest all-time-high in new daily coronavirus cases that topped 145,000.

US markets, including the S&P 500 and the Dow Jones Industrial Average, made significant drops at opening on Thursday.

The Dow shed more than 165 points at the sound of the bell, eventually falling to 29,201 and losing more than 0.6% when last checked.

In contrast, the NASDAQ Composite Index made some gains, in effect rising 0.14% to 11,802 and then gaining a few more points throughout the morning.

Thursday's drop comes against the background of rising COVID-19 cases in the United States, with 145,000 infections reported on Wednesday, the most recent record high.

On Monday, the NASDAQ index, which usually heavily reflects the information of technology sector, lost 181.45 points at closure, after US media rushed to pronounce Joe Biden a winner of the presidential election, despite Donald Trump's claims to the contrary.

Meanwhile both Dow and S&P 500 reacted positively to the news, rising by 3% and 2.7% respectively at the opening on Monday morning.

The rise has also followed Pfizer’s announcement that its COVID-19 vaccine, developed jointly with BioNTech SE, has proven its 90% effectiveness in the latest trials.

American futures, European shares and Asian stocks all saw a significant rise last week as the world was awaiting the results of the US presidential elections. Some observers were cheering for an anticipated split between Republican Senate and Democrat House of Representatives, claiming that the subsequent legislative gridlock would eventually prevent Congress from adopting any major changes in relation to monetary and fiscal policies.